Wipe that smile off your face: ravers go right wing 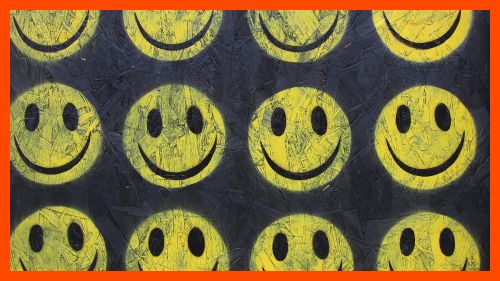 Have a read of this article by music writer Harold Heath about the UK dance scene's uncomfortable dalliance with the far right. Go on. Have a read. What do you mean you haven't read it yet? Read it. READ IT.

In the article, he outlines the bizarre phenomenon of the acid house movement being co-opted by anti-lockdown protesters. The anti-establishment attitude of rave culture seems to link all-too-neatly into anti-vaxxers railing against the status quo. Not actual Status Quo. Just the general status quo.

A few weeks ago, I witnessed an anti-lockdown protest in Manchester. The posters and t-shirts were full of conspiracy theory nonsense. Their main symbol was the yellow smiley face. This left me pretty shocked and not very smiley at all.

Obviously, I was more horrified that so many people want the virus to run amok among the most vulnerable in our society, but hey! Don't use our smiley face. It's OUR smiley face. That gaudy vacant fake emotion is reserved for us ravers, not keyboard warriors on day release.

Those Little England Brexiters probably don't even know what the symbol stands for. Peace, love, unity and having fun? They wouldn't know those words even if they were tattooed on the massive snowflake that replaced whatever brain they used to have. Yeah, I can do mixed snowflake metaphors too. I thank you.

Of course, not everyone who is anti-lockdown is right wing. But these kind of protests definitely lean towards a political side. Folks frothing at the mouth about "face nappies" are a virus-filled sneeze away from the grim world of self-serving libertarians falsely claiming victimhood, through to the uber-grim underworld of full-on anti-Semitic conspiracists. Yeeps, keep it light, Fats.

It's not possible to be a clubber and be right wing. Simply not so. I'm sure there are conservatives that go to Creamfields, which totally destroys the opening point of this paragraph. But the very act of clubbing is a political statement. Just ask John Major, whose government legislated against repetitive beats.

As Heath reports: "There are a set of shared values around tolerance, inclusivity and community, born in the very earliest days of disco, that run through the DNA of house and techno that we like to think we all share."

Although the disruption to the dance music industry has been difficult for those trying to make a living from promoting, performing and hospitality, going on Covidiot marches is the antithesis of what the dance music scene should be about.

I would have left my blog post there, but something else just happened. Something awful. And alluring. But mainly awful.

I won't post the video here, but at the time of writing, the internet has been reeling at a recording of Pob-faced Tory Michael Gove clubbing in Aberdeen. Proper going for it, he was. In his suit. You can look it up on an internet near you.
Look at him dancing. Writhing, gurning, waggling his arms as if trying to bat away poor people asking for money. I can't stop watching: I'm repulsed yet strangely turned on. Ooo, flip my second home, Michael. Pull out of my EU, why dontcha.
Gove has clearly done a biscuit tin of eckies and will no doubt be a member of Kicks Like a Mule by the end of the week. What? Oh, right. My legal department has advised me to tell you that Michael Gove has definitely never taken ecstasy and instead spends his days hoovering up crystal meth like any self-respective Tory.
Phew.
Smiley face image: Bob Bob on Flickr
Further Fats: This is not an analysis of the EU Referendum (2016)
Further Fats: Does Donald Trump listen to music? (2017)