Come on my Selected 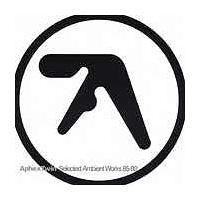 The Aphex Twin album I am most fond of is Selected Ambient Works 85-92. This is for two reasons.

Firstly it reaches sub-atomic frequencies that can only be heard by wildebeest and Brian Blessed. If you don't believe me, turn the bass button to "really bassy" on your ghetto blaster and stick track four on. Ageispolis is likely to turn your trousers brown - not from your poo, but from all the angels' poo in heaven. It's that loud. Seriously.

Secondly, We Are The Music Makers contains a sample from the original Willy Wonka film with Gene Wilder. Nuff sed.

I also love the album's simplicity, an attribute lacking in later tracks like Windowlicker. Technically, this is a third reason, and therefore the first paragraph of this post is looking a little shakey. Never mind, I shall continue.

The album was a mammothian influence in my life. I would have killed puppies to have made music that great. I mean, how easy would it be? Just play one note, put it on a loop, then plonk a keyboard riff over the top, wazz in a few chords and give the whole shambles a name by tossing a box of Scrabble into a Kenwood BL440.

If only Pickled Onion* had been around then. He produced an online Phase Box, which might as well be called a Make Your Own Aphex Twin Tune box. I would recommend you play with it vigorously by following this link*. (If you haven't got Shockwave 10.1, download it now.)

Another tyrannosaurusical influence in my life was The Orb, and I am fond of them for seven reasons, all of which I won't list now.

Email ThisBlogThis!Share to TwitterShare to FacebookShare to Pinterest
Read more on: aphex twin, the orb, whimsy