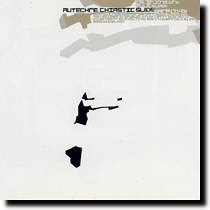 I'm off to see uber-techno-super-gods Autechre on Friday. I'm as excited as pink buckets because you never hear Autechre played in regular pubs and clubs; it's usually all Beyonce Aguilera and the Arctic Monks and suchlike.

Here are ten places I want to see Autechre played:

>At the final of the X Factor. I want to see Ben / Bobby / Betty / whoever warble You Raise Me Up to the sound of synthesisers mating over hot coals.

>At the start of most Sanctus 1 services (this already happens - I'm just plugging them).

>In the heels of every trainer shoe ever sold in the UK. The frequencies should phase out anything that comes out of a scally's mobile phone speakers.

>From speakers fitted into the side of planes, so when they fly low over your house, instead of getting the roar of the engines, they would emit a deafening analogue C major seventh.

>On the Quite Early Show in April 2007, although I doubt my co-presenter Lee would allow it as he likes girl's music.

>As muzak in the lobby of the entrance hall to the parallel universe to which I have been digging a tunnel for the past sixteen years. I've been digging with Christening spoons and hiding the soil in Paddington Bear toy coat pockets, so that my escape plan from this universe won't be discovered by Barbie and Ken who watch over me all day from their ivory watchtowers made not of ivory, but of lego and poo.

>On the moon. Obviously.

>Behind Bjork's voice. She's used Graham Massey and Mark Bell as producers, so the Autechre boys seem like a logical step.

>On a stage in a big Ten Mile-style stand-off between Autechre and 808 State. The Manchester band that comes up with the most original, fartiest sound wins, and the hyped-up audience will mimik TB303 sounds in celebration.

I may have to settle for that last one, although I'm still holding out hope for the parallel universe.

Oi, there's no need to get personal!

I would have no problem with you playing Autechre on the Quite Early Show.....Providing I can throw small live hedgehogs at your head for the entire length of the track.

This means that you would have to either pick a very short Autechre track or resign yourself to picking hedgehog spines out of your eyes for 2 weeks.

Don't let anyone say I'm not a reasonable man....