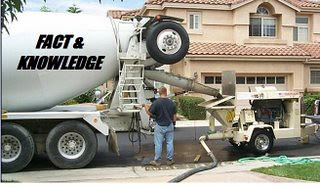 Last Wednesday, my diary told me it was pub quiz time. Apart from the fact my diary was talking to me, this filled me with thrillation and excitingness because it was finally my time to come up with a general knowledge round.

The audience responded well, with the usual comments of "ooh that's a good question", "where do you get these questions from?" and "clear off, Fat Roland, this is a hick town* and we know what you get up to on Sundays".

So here are the questions for you to ponder over your lunch hour. I will post the answers in one week's time. And remember, if you Google / Wikipedia any of them, I will shove nuts up your nostrils and feed you to squirrels I have just angered by telling them bushy tails are, like, SOOO 1974.

When’s the last time a monarch lived in the palace of Westminster? (A century will do.)

The names of the comedians featured in Apple Mac’s new adverts are David and Robert. By what name are they more commonly known?

What are the primary characteristics (ingredient) of the following types of curries? (a) dopiaza; (b) rogan josh.

Anthony Eden took a cruise after his resignation over Suez. Name his cruise ship waiter who later became a political heavyweight in his own right.

Put these Pink Floyd albums in order of release: The Dark Side of the Moon; The Division Bell; The Piper at the Gates of Dawn; The Wall.

In which fantasy novel series would you find the following card games? (a) Exploding Snap; (b) Cripple Mr Onion.

What colour do you get when you mix Lala and Po?

Can you name two of the three biggest cities in the EU (by population in the city boundary)? And for a bonus point, which is the most burgled country in the EU?

From which song did the cartoon dog Scooby Doo acquire his name? (a) Ella Fitzgerald’s Diga Diga Doo; (b)Frank Sinatra’s Strangers In The Night; or (c) Jungle Book’s Bear Necessities.

For the other rounds in the quiz, you could do worse than to start here.

*I nicked this idea from Sunday's Top Gear

Speaking of Frank Sinatra, There is a popular and exciting new group on Yahoo called THE JUDY GARLAND EXPERIENCE.The group features amazing audio files, photo's, lively discussions, and more!
This weekend they are having a contest where you can win unreleased concert recordings by Frank Sinatra (in Jerusalem, 1975), Barbra Streisand (in San Francisco, 1963, Judy Garland (in Chicago, 1958, Johnnie Ray (in New York, 1989), Frances Faye (in San Francisco, 1980), and others. You can hear sample tracks from all the rare CD's at the site until tomorrow evening. Just go to