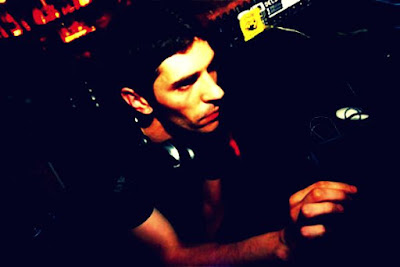 S>>D whiffs more than a little of Autechre, what with the ominous chords drizzling themselves over fuzzed-up snares, but I'm not complaining when the 33 EP cooks up delicacies like Protovision, a track which takes a vanilla breakbeat and drags its bleeding corpse across Satan's kitchen floor before funneling it into a pit of echoey, gooey melancholia. Lovely, even though it's left me with confused cookery metaphors.

Starkey's Space Traitor EP is the sound of this Philadelphia boy having an immmense amount of fun with the science fiction movie score that must be running through his brain all the time. NASA-bass p-funk synths bark like slow motion dogs. Ital Tek is among the numerous remixes, but best track is one of his originals - Holodeck - which also has a vocal sample that sums up this whole enterprise (yes, that was a sci fi pun): "the sounds of man in space." Roll on Captain Starkey's next mission.

Record of the week / day / hour / shake of a lamb's tail must go to the first in a series of collaborations from All City Records called, wait for it, Collabs #1. In this opening slab of electronic goodness, wafer-thin drum & bass exile Martyn (pictured above) gets his dubstep on with Lucky Me's son of a jazzman Mike Slott. It's housey but it's good house and is the sound of two brilliant producers dancing a dense fandango.


Photo adapted from one taken by The End.