Orlando club shootings: some reflections from an old clubber 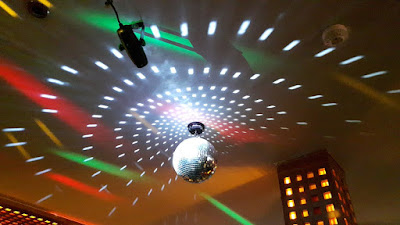 The vigil in Manchester's gay village last night in solidarity with the victims of the Orlando shooting was very moving.

It was by phone light then candlelight: Turing's nearby statue must have been looking at our little handheld computers with some curiosity.

The two biggest applauses during the speeches were for a comment about gay / Muslim solidarity and for someone slagging Sky News, and the biggest wibbly-lip moments were during a reading of the names of the victims and when the Manchester Lesbian and Gay Chorus began to sing.

However I was most struck by poet Gerry Potter's passionate speech about being "forged" on the dancefloor. There's something about the unity of clubbing that stretches across the generations.

This blog exists because the dancefloor changed me. The thud thud of the bass drum is something you never quite get out of your system, and it infects the rest of your life's creativity: as it says in Dave Haslam's Life After Dark, "the story doesn't end when the last customer leaves".

And so in an impotent effort of blog solidarity for those affected by the Pulse nightclub events, as well as posting my tweet from yesterday morning (below), I also post a picture (above) of the discotastic mirrorball I saw in a Canal Street bar after the vigil. I mean, I didn't dance last night. I was too busy taking pictures of mirrorballs. But you get my point.

Gay clubs were a lifeline for me. Today, with a messy mixture of despair and defiance, I'm LGBT and proud. pic.twitter.com/XcuX3ft0Ul
— Fat Roland (@FatRoland) June 13, 2016