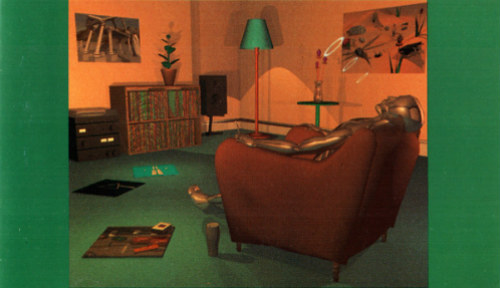 Hacienda-era ravers eventually had to take it easy - and that happened in 1992.

Warp Records' Artificial Intelligence was a series of post-rave albums designed for "long journeys, quiet nights and club drowsy dawns". The series began in 1992 and furthered the nascent work of Plaid, The Orb, Aphex Twin, The Black Dog and Richie Hawtin.

Perhaps most significantly. its seventh release was Incunabula, the debut album by Autechre.

Otherwise known as the massively important IDM duo B12. They later scooped up a whole bunch of their limited coloured-vinyl 12-inches for the Electro-Soma Artificial Intelligence album.

One of the Rochdale band's earliest tracks.

No doubt named after the Luke Rhinehart book, The Dice Man would later become Polygon Window, which is the name of this track. Confused? Polygon Window would release Surfing On Sine Waves as part of the Artificial Intelligence series. What became of this particular artist, I have no idea.

An early appearance by Richie Hawtin, aka Plastikman - someone who would go on to conquer the DJing world. A touch of Detroit via Canada.

The Orb kingpin was already top of the ambient world and didn't really need the Artificial Intelligence exposure. Indeed, this live version of Loving You was just a segment of A Huge Ever Growing Pulsating Brain That Rules From The Centre Of The Ultraworld, its original Millie Riperton sample long since exorcised. Still... flipping great track, right?