'Scoping out the 2017 BlueDot festival 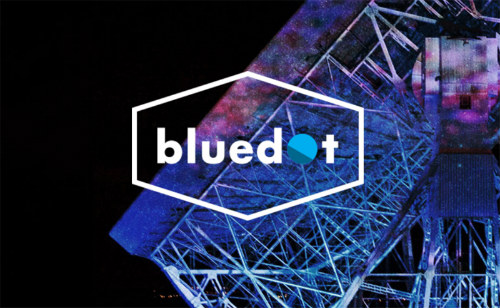 I went to BlueDot Festival. I missed loads because I was working, but here are some highlights...

Looking up to see the radio telescope everywhere I went. Monitoring. Watching. Judging.

Talking about key signatures with the Radiophonic Workshop.

Going to a brill science demo about the brain which was probably meant for kids but OMG BRAINZ!

Trying to escape the radio telescope, but no, it's still there. Always there.

Watching a robot turtle and frog having a stand-off in the woods.

Tumbling back to the 90s with a particularly retro Orbital set.

Wowing at Shobaleader One and the speed-bassing and flashy lights. Noodly but hugely entertaining.

Giving in to the radio telescope. It's the only way.

Making a zillion new friends. This was the friendliest festival I've been to. So many impromptu conversations.

Finding myself at the front of a Hawkwind gig surrounded by fans that have followed them since 1827.

Meeting the tremendously talented Hannah Peel from The Magnetic North... and the brass band she performed with. Parp.

Witnessing the Radiophonic Workshop join Orbital, complete with headlamps, for a mega rendition of the Doctor Who theme tune.