Are number one singles getting shorter? (TL;DR: #1s shorter Y/N?) 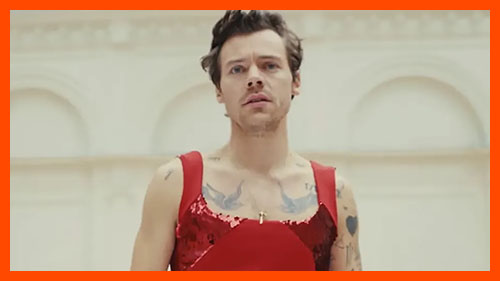 Are number one singles getting shorter?

Harry Styles amiable earworm As It Was (pictured) spent ten weeks at number one recently. That's more than double the chart-topped weeks achieved by all of One Direction's singles combined. He's a one-man One Direction twice over.

One of the most notable things about the track is its brevity. It's short, like my trousers, my temper or this senten--. It doffs its polite hat for a bit then, at two minutes 44 seconds, bows out quicker than you can say Larry Stylinson.

When I think of singles that camp out at number one for ages, I think of really long songs. Epics like Bohemian Rhapsody and that archery song by Bryan Adams. And quite right. If a track is going to wedge itself in the top spot for what seems like an eternity, it had better have some heft. BoRap was just shy of six minutes. Ten-weeker I Will Always Love You was almost five minutes long. Almost five excruciating, ear-destroying minutes.

Styles isn't the only shortie to shoot his shot at number one. TikTok star Gayle's abcdefu comes in at two minutes 54 seconds, two minutes 53 of which are very rude words indeed. The current number one is LF System's Afraid To Feel. This is essentially a caffeinated sample of 1970s funk band Silk, and it comes in at just two minutes 54 seconds. The 3 minutes 30 seconds of Dave's Sinatra-themed chart topper Starlight seemed like Homer's Odyssey in comparison.

Obviously, there are still longer chart-topping singles in the 2020s. Adele knows how to string out a narrative, and those LadBaby lads certainly know how to string out their sausages. It just seems these days, we're more likely to get a Stormzy or 24KGolden dropping something brief. Not dropping their briefs. That's an entirely different thing.

Let's take a quick sample of the charts ten years ago as a comparison. All the number ones are long. Maroon 5, Florence & The Machine, Gotye: their four or five minute structures feel substantial. Strong. Beefy. They were proper units.

Is this the result of the truncated window of Instagram or TikTok? Pruned because of the platform? you can be more throwaway if you're not traipsing into town to buy the vinyl from HMV. Soundcloud dump? Make 'em short, it doesn't matter.

I haven't done much analysis, and I certainly haven't done what I should have done: entered every number one's track length into a spreadsheet and pressed a lot of complicated buttons. In fact, this entire blog post took one minutes 22 seconds to write, which is half a Harry Styles, or about 0.00001% of that archery song.