The ins and outs of the uprise of downloads 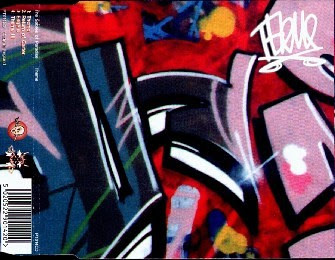 From their ebony and ivory tower, the moguls that control pop music have allowed any download to count toward the top 40.

This new rule, which started on January 1st two-double-oh-seven, means a song can chart even if it isn't available as an actual single on an actual rack in an actual record shop. Before this momentous decision, download sales were tied in with current singles only.

So if enough of us download it, Guru Josh's Infinity (for example) could be the next number one. Or Bananarama's Venus. Any old record, really.

We could even get Everything I Do I Do It For You back to number one because, I don't know about you, I couldn't get enough of it first time around.

Even better (and this is motivated by my deep shame that Leader Of The Gang was number one when I was born), if you are about to drop a sprog, you could download something like The Cure or Kraftwerk to make sure something cool was top of the pops when your child was born.

An interesting consequence will be seen in record shops across the UK. If a song sells well that isn't available on CD, the stores will fill the blank spaces in their top 40 display with notices saying you can buy the song online.

Imagine an entire high street music shop consisting only of signs saying "you can't buy this here" and "go home and download this instead". At last, HMV will have realised their dream of zero customer service.

Single sales doubled in 2006 because of downloads. This amazing, fantastic two colour graph demonstrates the rise of digital sales against 'real' singles.

I must admit, I was in HMV the other day and very nearly spent £20 until I remembered I could get the same thing from Bleep for a lot less.

Which brings me to the only thing that makes me sad about the uprise in downloads. I discovered a lot of electronica through buying records because of their cover art. At the top of this post is the graf-style sleeve of the Sabres Of Paradise's Theme. I had no idea who they were when I bought it, but I loved the design.

I reckon too that I wouldn't been as quick to discover Aphex Twin, Boards Of Canada, Underworld, Orbital or early ambience like Feed Your Head if it wasn't for my ability to be impressed by a pretty picture. Can we live in a world where we will never know the astonishment of Future Sound Of London's CG cleverness ever again?

The reality is somewhere inbetween one end of the stick and the other. What will happen is record companies will, upon realising the imminent snuffing-out of the CD, beef up new releases with extra DVDs, multi-gatefold packaging, fold-out posters, fan badges, blow-up dolls and free crossbows to stimulate sales and excite their wallets.

So then, off to i-Tunes with you. Ooh ooh ah, time for the guru.

It's not really a two-colour graph, is it? Unless you're counting black as a colour, which I'm not sure you can. According to Science, black is an absence of colour. It's more of a two-tone graph. Or two-shade.

Now I'll take my pedantry and piss off.

Technically, it's a three color graph. Two different blues, and a black. In the print world, black is a color.

But anyways... yeah, I'm right there with you in terms of downloading vs. physical product. I don't want the real world to beef up their packaging, add-ins, etc... I just want nice, print quality image files to go along with the stuff I buy from Bleep.