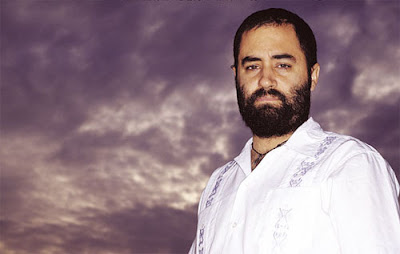 Murcof (pictured) just seems to get deeper and deeper, into some unknown depths that would even prompt Satan to exclaim: "Hey, what's going on down there?"

The Versailles Sessions, Murcof's new collection of experimental noodlings on the legendary Leaf label, are no less deep. Although the album was meant to work for an arty-farty event on the other side of the channel (in a land called France), the sprawling, spooky compositions work in their own right.

The only downside is the record's loaded with harpsichords and flutes, and is therefore giving me flashbacks to my third year music lessons at Parrs Wood High School.

My favourite album this week is the seething bucket of steaming sub-bass that is Lord for £39, the latest offering from Edinburgh's Neil Landstrumm.

The rolling tech-bass tickles the feet of ragga and plays footsie with bleepy console noises to produce what ought to be a sombre bad-boy wonky techno effort. Except, the album has titles like Ross Kemp As Pixel and Easter Krunk Power, so it's hard not to smile.

Finally, keep your eyes open for a 12" from Dorian Concept called The Fucking Formula. It snaffles Landstrumm's fuzzy bass and wonkiness, but it has a Prefuse 73 accessibility about it. If you like your belches and squelches as low end as possible, whilst keeping your top end nodding in a hip hop stylee, track down this single - and duck when album When Planets Explode hits next month.