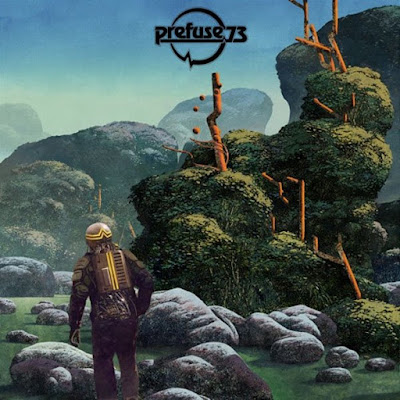 Beats overlord Guillermo Scott Herren is back with a fifth album under his Prefuse 73 moniker.

Everything She Touched Turned Ampexian is the sound of a man dipping his toes into various colourful pools of smokin' beats without ever getting totally immersed.

The hip hop sensibility that underpinned his debut Vocal Studies + Uprock Narratives has been spat into the wind here. Instead, we have crunchy, Clark or Vibert-style electronica, sprinkled with shiny aaahs and swooshes to give it a rather false-sounding heart.

My beef is that there are about a hundred million billion trillion tracks on here, and most of them last barely more than two nano-seconds. As soon as your head is nodding to one particular diversion, the CD starts shouting "next track! next track!" at you.

That's not to say the majority of the beats aren't oodles and oodles better than stacks of other junk out there. He recorded this to analogue Ampex tape, hence the album's title, and you can feel the warmth if you stand close enough.

So Herren remains the Mega King Of All The Beats. It's just a shame he won't hang up his coat and stick around for more than one quick cuppa.

Thanks for the review here. Been thinking of picking this up soon. I'm glad he scrapped the twenty-million vocal collabs but like you said, if the guy just stayed with one track a while! that's why I've neglected to pick up some of his more recent stuff-you would think he'd want to try something different. Still, the guy is good, so I'll have to give it a listen first. Love the cover art at least.

The cover art is beyond gorgeous.