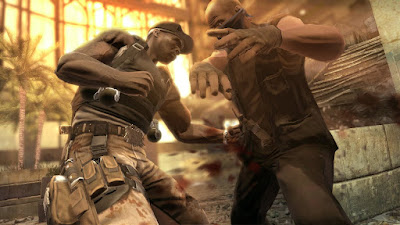 Wesley Willis
Epically prolific Chicaco-born schizophrenic who reached Shaun Ryder-like heights with Rock N Roll McDonald's. Try this rhyming couplet for size: "A Big Mac has 26 grams of fat, a Quarter-Pounder has 28 grams of fat." Although his vocals were like a drunk hyena being attacked by a cabal of badgers, he brought a warm humanity that would have provided rich material for an overwrought X Factor biography piece - if he hadn't died before X Factor was invented, that is.

The scary woman from Human Nature
Let the carnival begin. Every pleasure every sin. Gary Clail's Human Nature was a strange old beast from the early 90s: a fairly standard dance track with the kind of choppy pianos that were de rigeur at the time, but with added Scary Transvestite who seemed to be dressed in the contents of 20 thousand grandma's jewellery boxes. At least, I think she was a transvestite - or, to be more accurate, drag artist. She sounded like a heroin-hit Boy George. Wait. It's Boy George, isn't it?

50 Cent (pictured)
The second most famous Jackson of all time (yes, that's his real name) decided to Get Rich instead of Die Trying, which must have taken a lot of courage. His rapping is singularly the most awful style since Robbie Williams tried to toast all over his middle eights. I think it's meant to sound lazy, but it just comes across as... well, lazy. He is the Barney The Dinosaur of rap, although in honour of that, his vocal chords should be declared the fifth element of hip hop. Despite my mockery, I would love to hear his version of Squarepusher's Red Hot Car.

Polly Harvey
The Mercury Music Prize got it right in 2001. Potato-gizzling -guzzling* sculptress Harvey is a folk singer from the depths of hell and she is wonderful. She is the most famous saxophonist not primarily known for playing the saxomophone. Her vocals are like felt drizzled in acid. She is definitely not to be confused with the depressive member of East 17, nor with the failed footballer and So Solid Crew MC, nor with the rabbit from Donnie Darko that tormented Jimmy Stewart as he jumped off that bridge (I think I got that right).

Haha, yeah, I too thought there was something peculiar about that woman (man ?) in the Gary Clair vid. That said, the cd itself was very good.

Wesly was a trip. I got to see him live twice back in the mid-nineties and his shows were off the hook. Just a simple set up - a mic and a cheap, toy(ish) keyboard used for his favorite "country music" preset. The fands were equally insane. Good times!

Could you explain potato-gizzling for me, preferably with diagrams. I tried googling but it just sent me back here, and I really want to give it a go. Sounds like cheap, clean fun.

bring back the On-U sound system!

Steve - I can't believe you got to see Mr Willis himself. I'm very jealous.

TimD - Dammit. *Guzzling.* Consider it changed. (Legend has it, she only ate spuds during the recording of Rid of Me.)

Think you'll find that the person you're looking for is Alan Pillay:

Oh fantastic. Any friend of Foo Foo Lammar's is a friend of mine!