Advanced 12k audio quality: the Buddha Machine is back 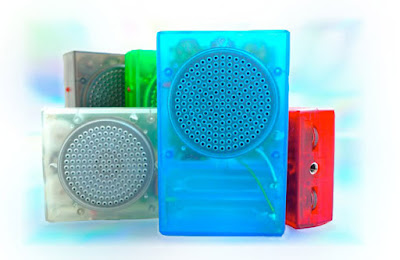 As that modern-day prophet Heavy D once said, "Blessin' like Buddha, Buddha as the bless, you can lay down on the lover, put your head on my chest."

Mr D clearly predicted in 1991 the rise of the Buddha Machine, those multi-coloured boxes you can buy from Piccadilly Records that make ethereal ambient sounds.

If you've never happened across one of these before, a Buddha Machine is a small box that generates ambient sound loops. Technically, it is an album by Chinese experimental duo called FM3. But it is an album like no other. 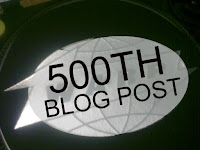 The Machine first came to prominence some years ago, when I proclaimed it as my new crappy plastic friend. That first unit loped around with me everywhere, and I even used it in a gig.

The second machine from a year or two ago made as much impact on me as a fart sandwich and it's probably still in its box somewhere. But now, its third incarnation, called Chan Fang ("Zen Room") is set to claw for my affections like a friendly, annoying monster that won't go away.

What's nice about this third generation is they have translucent casing, so you can ogle the gremlins inside making all the music for you. And it boasts - wait for it - "advanced 12k audio quality".

The biggest potential is now you can line up all three Buddha machines and start to make genuinely complex music from the simplest of sound generators. You will truly be blessed. The Buddha machine is out later in November.

Edit: this was the 500th blog post for Fat Roland On Electronica, so I've gone done a little medallion thing to make me feel better about life. The background is a shiny silver Warp Records slipmat I spotted someone using in Sand Bar in Manchester. I asked him his DJ name so I could credit him when I published the picture and he just said Steve or Dave or Clint or something.

Email ThisBlogThis!Share to TwitterShare to FacebookShare to Pinterest
Read more on: fm3, heavy d and the boyz