Orbital get a keyboard fixed 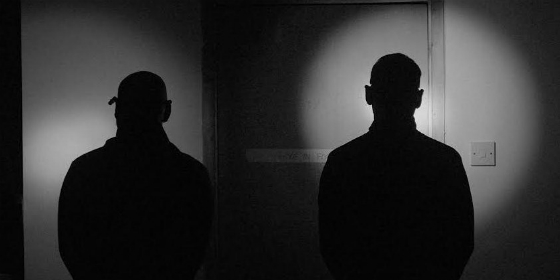 The Orbital brothers push five pounds across the counter. The grey-faced man pockets the money and hands them a Casio keyboard.

“So it’s fixed?” says one of the Orbital brothers (can’t remember which one). “You mended the problem with our synthesiser?”

“All fixed,” says the man. He picks a piece of fluff off his jacket.

The Orbital brothers look down at the Casio keyboard on the repair shop counter. Its buttons are missing. They have been replaced by small blobs of blue-tack. And the black keys are clearly sticks of liquorice stuck down with chewing gum.

“Best I could do,” says the man. “All your sounds are lost. And it’ll last about six minutes of moderate usage. But, you know, it’s fixed.”

“What about all the noises we made for Chime?” says one of the Orbital brothers (can’t remember which one).

“What about the Goldfrapp vocals? Or the new Satan edits for the Wonky album?” says the other Orbital brother (can’t remember which one).

“The stuff we did for the Olympic ceremony? Is it all gone?” says the other Orbital brother (can’t remember how many there are).

The man’s brow furrows. He bristles a hand over his stubble. He looks at all the Orbital brothers, directly into their numerous faces.

That, faithful blog reader, was a little story I just wrote about how, when my computer broke the other day, I lost my entire digital music collection. Call it an allegory, if you will. A bitter, painful allegory.