I'm too techno to be Brexit 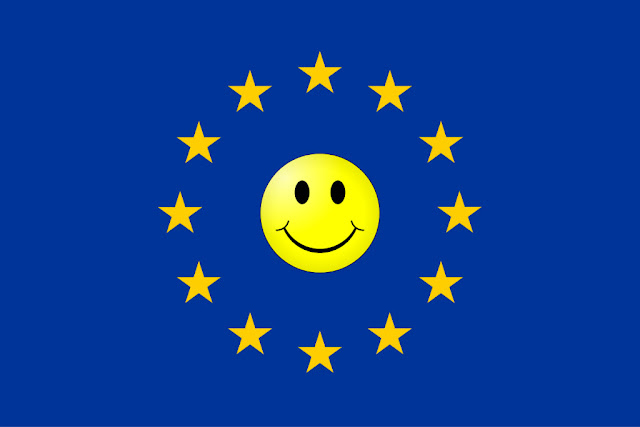 I'm too mired in Belgian techno, German house and Liechtensteinian glitchstep to be anti-Europe. The stars of the European flag are my disco lights.

I grew up surrounded by people whose parents may well have been fairly new to the UK. And even then, my non-BME friends were geeks and weirdos who never quite fitted in. 'The other' was, in some way, the default of everyone I knew.

So I don't get any of this. People talk about taking back control, but that's hogwash. I've no doubt the Brexit wrecking ball was swung for nefarious reasons, whether it be blatant racism or a niggling distrust of 'the other'. The politics of pressure led to a terminal state of crapage.

That last sentence was constructed from Front 242 titles. They're from Aarschot in Flanders and they make music about the destruction of all that is good.

Yes, the European mainland gave us Aqua, DJ Otzi and Basshunter. And they will pay for this in the Great Pop Putsch of 2019. Dammit, I've said too much. But Europe also gave us... us. If we're not in union with ourselves, then we're little more than post-Zayn One Direction.

Further Fats: In the belly of the beast: a week in Tory politics (2009)

Further Fats: This is not an analysis of the EU Referendum (2016)