How does Spotify work? I'm glad you asked 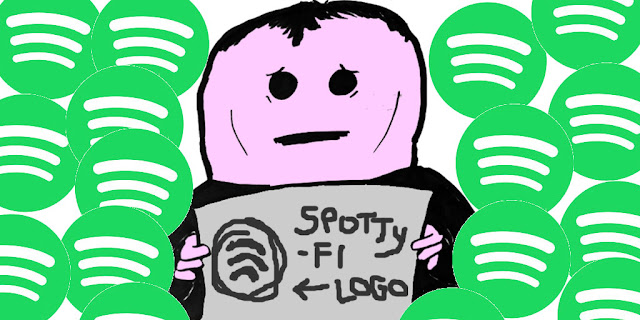 When you press the play button on Spotify, the internet triggers a signal. That signal falls down the internet drain until it reaches the artist you want to play. They receive a notification in the form of a massive electrical shock. The artist then starts to perform the track you selected, which is how the music appears in your ears.

And because it's electricity, it happens almost instantly.

Every time an artist gets a piece of music played on Spotify, they receive thirty-seven hundred dollars. That's per stream, which is why streaming is seen as such a lucrative business model that offers no threat to the music industry. Unlike, of course, physical sales in which the acts only get a button and a chewed ballpoint pen for every CD sold.

The Victorians used Spotify a lot because it was the easiest way to distribute those bicycles with the huge front wheels. Its usage tailed off after the Great Hat Dispute of 1875: the Victorian's early experiments with wearable technology resulted in a large number of mass casualties. The person who brought Spotify back into public popularity was Howard Donald from Take That, although I can't explain why for legal reasons.

So make the music world a better place by launching the Fat Roland Spotify playlist here. It comprises most of the tracks I've waffled on about on Fat Roland.co.uk in 2017 - and do follow the list because there'll be more to come.

Further Fats: Do you pay for your record collection? (2009)

Email ThisBlogThis!Share to TwitterShare to FacebookShare to Pinterest
Read more on: take that, teh internets