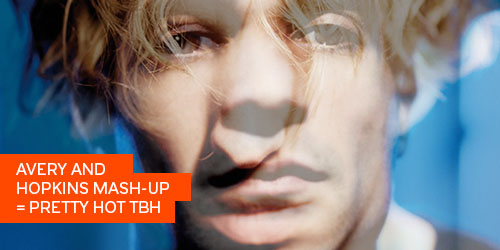 Danny and Jonny have done swapsies.

Daniel Avery and Jon Hopkins have remixed each other on a limited edition 12-inch. Hopkins has beefed up Avery's airy track Glitter, while Avery has dirtied up Hopkins' C O S M. Both are great versions, especially the latter: I love a good metallic snare.

Further Fats: Music Order Remixed New (see what I did there) (2017)