Remember when I used to present Tomorrow's World? No? 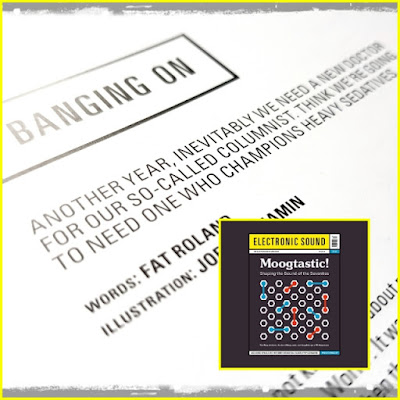 In the new Electronic Sound magazine, I had a natter with Matt Berry. Yes, that Matt Berry. He's got a great Television Themes album out, so we talked about Top Of The Pops and Are You Being Served and all that kinda stuff.

I also waffled with the International Teachers Of Pop about their ace debut album. That interview was a moment of fun in a crazy jaunt to Sheffield during which I was also the victim of theft and I pathetically failed to get into a comedy club.

Including my column in which I erroneously claim I used to present Tomorrow's World, and including my half page review of Ultramarine's new album, my articles span nearly 15 pages of the new Electronic Sound. That includes pictures too. Nice pictures. Buy the new issue here or in a shop.

Good jobs I can done string an sentence together, huh.

minneapolis escorts True mastery of any skill takes a lifetime.