This can't just be a blog post moaning about trains, can it? 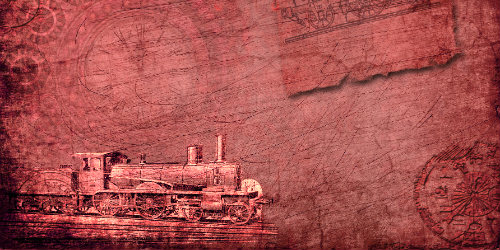 Utter flipping disaster. Thursday was meant to be a mega day in Liverpool. It wasn't to be.

Firstly, my appearance at a spoken word night in Liverpool was kiboshed by a power cut. The venue was without electricity and apparently my performance wasn't going to be electric enough to compensate. We quickly rescheduled. One of them things, innit.

That wasn't the annoying bit. I'd decided to be clever and get to Liverpool early to check out The Beatles Story, an exhibition about the Merseybeat band that invented the submarine or something. I'm working on a commission and I was hoping to foment some fab four fun in my brain follicles.

I hadn't counted on our awful trains. They weren't just delayed - they were deleted. Not a single train in my local area for hours. Signalling failure.

But Fat Roland, I hear you say, this can't just be a blog post moaning about trains not being on time.

Yes it is. It is a flipping blog post moaning about trains being rubbish. Not a single train. FOR HOURS. I went to see some superhero thing at the cinema instead - the one with the glowy woman and Samuel L Jackson looking about 12. It was quite fun, but it was no trip to a Beatles museum.

Trains, you ruined my afternoon. I did eventually get to Liverpool, moments before I learned of the power cut, and even that trip was a litany of lateness and last-minute platform changes.

Maybe this blog should be about trains. Forget electronic music. Each blog post is just me screaming at a departures board, or delving into 92 pockets to find the ticket I had just seconds ago, or weeping into an expensive panini.

To paraphrase The Thick Of It's Steve Fleming: "Choo flipping choo."

Why not contemplate the many reasons why Kraftwerk didn't call their album Trans Pennine Express...

Perhaps you should retitle this post 'station to stationary...'

You made an article that is interesting.You are so amazing.