A Full On Guide to Full On: Usura's Open Your Mind 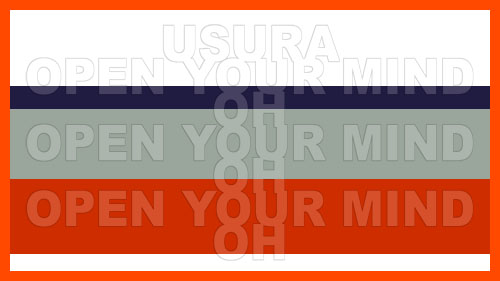 I'm deconstructing the Deconstruction house music compilation album Full On – Edition One. Let's start with the first track on the album: Usura's Open Your Mind.

This was a pumping hippy house number that went top ten all over Europe. Have a listen.

The lyrics are pretty easy to get to grips with:

Like a lot of dance tracks at the time, it was heavily based on samples, with the "oh" exclamation taken from the very beginning of Ashford & Simpson's 1984 single Solid. The "open your mind" hook is taken from the bit in Total Recall when Arnie meets a grotesque belly baby. No, really.

The main chord sequence is such a heavy sample of Simple Minds' New Gold Dream, it's essentially a cover version. I didn't like Simple Minds when Open Your Mind came out, but I hadn't twigged the connection. They were secretly feeding me Jim Kerr's rock sludge, like sneaking vegetables into a child's dinner.

The choice of Open Your Mind as the opening track on Full On – Edition One was an obvious choice. The bloke from Usura ran Time Records in Italy, a label that played an important part in pushing Italo disco and euro-house. I presume Decon had a deal to release Time tracks in the rest of Europe and beyond.

I bought Usura's album, also called Open Your Mind. It contained their follow-up single Sweat which sounded so much like Open Your Mind, I felt pretty ripped off. You're not allowed to release soundalike tracks in an attempt to replicate past successes. Little did I know this was exactly how pop music worked.

Email ThisBlogThis!Share to TwitterShare to FacebookShare to Pinterest
Read more on: full on guide to full on, simple minds, usura