Looking for a top ten hit: Paul Woolford does good 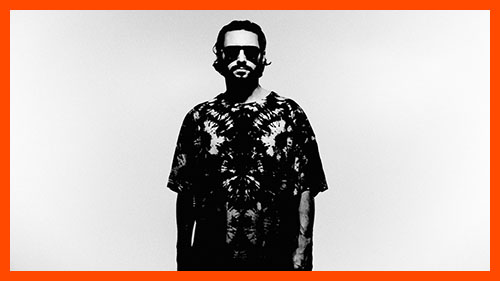 I rarely expect anyone mentioned on this blog to break through to the mainstream. In fact, it's hardly ever happened. There was Skream in 2010. And that same year, I mentioned Diplo "breaking dubstep" a year before he hit the charts with Tiësto, and five years before his all-conquering Jack Ü project. But other than that, I'm usually talking about acts long after they've hit the big time.

Which is why this week's UK singles chart is a delight. Paul Woolford has notched up a top ten hit with a track called Looking For Me. An actual top ten hit! He's better known as Special Request, and has featured several times on this blog before now.

I gave Special Request the accolade of second best album of 2013 (behind Jon Hopkins), which I described as "a breaks album that is interesting, innovative and exciting" while bigging up his farting basslines.

I also mentioned his collection of "dancefloor-mashing" EPs in 2015, a 2017 album that was a "Burial-inspired chill-out room", and a 2017 EP that was "beautiful, devastating, ear-bending and all kinds of wonderful".

Last year's Vortex was a "speed-fuelled hymn to BPM" and featured in my favourite albums of 2019. More recently I nominated Spectral Frequency as a highlight for Picky B*stards:

"Mr Request shoves you face-first into a raging waterfall of plunging junglist drums and low-flowing bass. It’s a heavy hit, and we spend the next five minutes concussed as the track becomes a flashback to every sweaty rave and every drug-soaked festival tent in history."

And now he's a top ten superstar. This means he gets loads of limos and flowers and his very own private island, just like Elton John or Madonna or Jedward. People will be told not to make direct eye contact with him, and he is legally allowed to throw a hotel window through a television.

Looking For Me is a big summery slab of 90s house music, and was produced by Woolford in collaboration with someone called Diplo (never heard of him). Have a listen here.