The Prodigy's Invaders Must Die: tingly breakdowns and a trouserful of fun 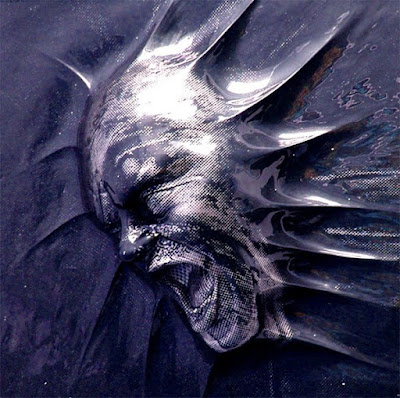 So Invaders Must Die is the big comeback from the Prodigy, huh?

Here's what the professional reviewers think. The Independent reckons it's a fairly toothless exercise. The Grauniad reckons they're rehashing old material with limited success.  Drowned In Sound blames the Prodigy for the existence of the pants-poor stag party junglists Pendulum.

The Times, which in many ways is the natural home of punk techno, was delighted that Invaders was the "big, brilliant, dumb rave album we have secretly wanted them to make for the past ten years". NME.com hasn't posted its thoughts on the album, although their review of current top ten single Omen chucks us the cutting-edge bone of "it doesn't get a lot more old school than this". Snappy.

What's my non-professional opinion? It's a relief to see a bunch of ageing punksters rediscover their mojo to some extent. But watching The Prodge block-rock their bitch up so many moons since their rave origins... well, it's a bit like Johnny Rotten pretending to be a rebel when all along he just wanted to advertise butter.

Okay, they've got big-teeth rock monster Dave Grohl guesting on the album, but that's where the problem lies. Last generation's white-gloved ravers and nihilistic Cobainers are this generation's MTV junkies. That's what the Prodigy are now: a glorious, hard-edged dance act designed for gigantic stages and wide-screen tellyboxes. Which is fine, but please don't mistake that with the punk spirit that gave birth to rave.

But let's put the negatives aside, into this little shiny box of negatives which I am going to hide under my bed and only bring out when I am in a long-term relationship and I'm running out of passive-aggressive snipes with which to wither away our fading love.

The Prodigy bring a mentalness to the charts which is both primary coloured and full of interesting shades. Punk or no punk, they're one big trouserful of fun, and if that's what you want with the Prodders (and what else would you want?), Invaders Must Die works.

To use a ridiculous analogy, if Fat Of The Land was Fargo, and Always Outnumbered, Never Outgunned was The Ladykillers, then Invaders Must Die is Burn After Reading. I do wish it was No Country For Old Men, but still, it's good enough for me.

Global Gathering is just one of the places their live show will invade this summer.  I will be setting fire to my copy of the Times and using it as a primitive light stick at the earliest opportunity.

Stop showing off with your fancy phone. Tsch.