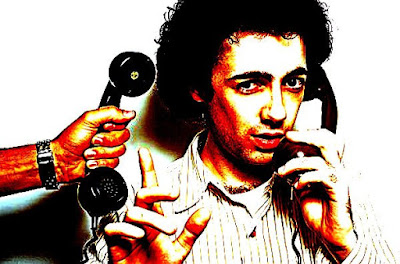 Time for a lesson: here's the history of drum 'n' bass in fast forward.

Get a crayon, put its waxy tip on early rave, then draw a squiggly line from early 1990s ambient through the breathy jungle of LTJ Bukem all the way to the harder percussion and stepping basslines of High Contrast. End of lesson.

High Contrast is still banging out the choons, although his new best-of compilation, Confidential, has somewhat underwhelmed the BBC.

HC's punchy snares land with a satisfying snap, like a wet towel in a changing room. In his own way, his chord progressions and song structure are -- and I need to whisper this -- as comfortably recognisable and as nicely predictable as Coldplay. He's not afraid of the commercial end of his chosen genre, but what separates him from Coldplay is, well, High Contrast isn't a twazmuppet who covers his hands in multicoloured electrical tape the name of world peace.

He could always draw on his hand with a crayon.

High Contrast's Confidential is a double disc. Once side of the coin is the sprightly d 'n' b we're used to, such as the skipping, airy Return Of Forever (eighties bassline ahoy). The second half is a whole pile of remixes with some big hitters like Missy Elliot and Eric "Teaching Madonna How To Make Fame-Inspired Promo Videos" Prydz.

On this second disc, I can forgive him the odd Adele remix because his Utah Saints reworking is a total monster of a track. Again, his downfall could be his commerciality... but it's so much fun.
.
The record label that spawned this Welsh bass-stepper, Hospital Records, puts out a jolly good podcast - seek it out on an iTunes near you. In the meantime, bag yourself some Confidential information here.

You may put your crayon away now.

Yeah, I got his first one when that came out a while ago, and I still play it often. "Return" is aa priceless track- may be his best (though I haven't purchased anything beyond True Colors). Glad he's still around dropping the choons!

He hasn't really changed his sound for, well, for ever. But it still works.