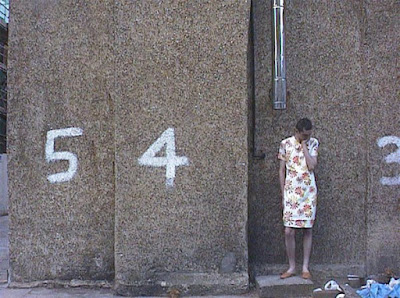 - Rephlex Records began in the same year Chesney Hawkes, Hale And Pace and The Simpsons scored their first and only UK number one hit singles.

- The middle name of Richard D James, co-founder of the label, isn't Delia Derbyshire, although it would be nice if it was.

- Drill 'n' bass mentalists Squarepusher and Mu-Ziq released some early stuff on Rephlex. Junglist cohort Luke Vibert, who invent drill 'n' bass, once exclaimed, "what the fudge is drill 'n' bass". Or words to that effect.

- The music newspaper NME called Rephlex "the coolest record label in the world." They also called U2 the greatest rock band in the world, so shove that in your pipe and call it Alfred.

- Rephlex started out as, basically, a vanity project for Aphex Twin. A bit harsh, but essentially true. Edit: This bit is absolute crap. "Not true at all," say Rephlex, and, actually, they're right.

- Label co-founder Grant Wilson-Claridge found his feet in a club called the Bowgie, which is Cornish for 'cattle shed'. Mr Scruff later made a poster with DJ tips for chickens, dinosaurs, snakes and elephants, but not for cattle.

- There are 13 people on Facebook called Richard D James. There is only one Grant Wilson-Claridge.

- There are only nine facts..

Good stuff, but I swear Squarepusher's first releases were on Spymania, unless they were under a different name. Maybe I'm wrong on that one.

You're right, although he didn't use the Squarepusher pseudonym much. Some tracks under other names later appeared on Burningn'n Tree.

No, sorry to sound picky here. I can thank (Pittsburgh) college radio for turning me onto/educating me about the early Tommy J. tracks (got it all dubbed on casette somewhere).