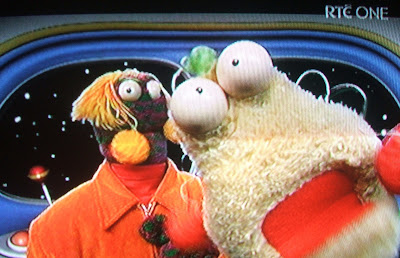 Bravo to the Rage Against The Machine for bringing proper music back at Christmas. Society should be much more angry about this bland X Factor crap. Jedward Schmedward. Go Joe!
ZAC DE LA CRUDPOPS, LOS ANGELES

simon callow is well out of order. peeople shoudlnt watch itv. BOYCOTT THE BBC. simon did do zig and zag tho and taht was well LOL
RACHEL SPRATLEY, NEWTON HEATH

My parents brought me up proper, my first album was Bros, I think X Factor fans have a right to express themselves, but they should do it in the privacy of their own homes, music has the right to children but there are limits.
DR P BONER, HARLEY STREET, TOBERMORY

Has anyone mentioned me yet?
A HITLER, BOURNEMOUTH

Let me be clear that X Factor is an abomination in the eyes of Rephlex Records. Aphex Twin laid down his life for our sins, and we waste that salvation by keeping the telly switched on after Harry Hill every Saturday. Join my Facebook group to launch the W.W.AFX.D. wristband campaign. It's what he would have wanted.
JOY WRECKS, CORNWALL

As an X Factor viewing male (sorry mum, but it's true), I find it very hurtful that this is even being discussed.
DARYL COLE, SOUTH SHIELDS

Just because a website is called Have Your Say, it doesn't mean that people should have their say. The whole point of a democracy is that certain people should know their place. I voted Labour in 1997. That doesn't mean I wanted them to win, for goodness sake. What was the question again? Question Time should do a special edition on this.
BERNARD SNARKS, DAILY EXPRESS LEADER WRITER

Joe is too young, he's only going to encourage paedoph-- (SNIIIIIP!)

Email ThisBlogThis!Share to TwitterShare to FacebookShare to Pinterest
Read more on: aphex twin, bros, east 17, jedward, rage against the machine

Haha! I need one of those wristbands!

I should add that they're made my Simon Cowell and if you buy one, it's a vote for [insert latest talent show star here].