Will Aphex Twin get round to releasing that new album? 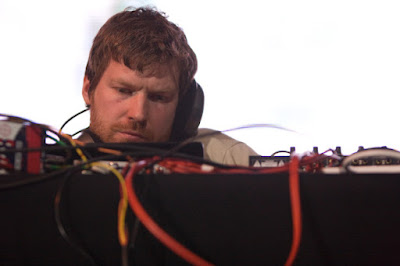 As we hurtle horribly into 2010 and its inevitable poverty-ridden reality of sewage in the streets and corpses littering the post offices, one question spews brutally from our lips:

Will Aphex Twin get round to releasing that bloody album or not?

Every single Aphex Twin album rumour in 2009 has been started by jokers on message boards. Whether it's vague Rephlex Records links on Xltronic or fake track titles on We Are The Music Makers. That's okay. It's fun and playful like the sinister bears on Donkey Rhubarb, and was inevitable following two years of speculation about the identity of the Tuss.

But all we know for certain in December 2009 is this:

Nine months ago, as the commercial world was licking its chapped lips at debut number ones from Lady Gaga and Flo Rida, Warp Records founder Steve Beckett gave an interview for the BBC in which he promised a new Aphex Twin album by the end of the year if he could prise it out of Aphex's hands.

Those hands remained as unprised as a bulldog's greedy chops. The fact is Beckett just isn't in regular contact with the Aphex and has to be content for the window-licking one to be constantly "gearing up for something" by playing new tracks at live shows (see the letter J in Self-Titled's Warp piece here) but never quite spitting out the full monty. As it were.

If there is a new Aphex Twin album, it's nestled in banks on his sequencers and, for now, nowhere near the offices of his record label.

So in the meantime stick the kettle on along with your scratched Analord 12"s or your CD of Druqks and wait. Wait until the next decade, because the Noughties have been woefully devoid of Aphexness compared to the 90s, and that once-lauded prolific streak seems buried in the bleepy mists of time.

(Picture from NMScene, which has a lovely Burning Man review.)

Email ThisBlogThis!Share to TwitterShare to FacebookShare to Pinterest
Read more on: aphex twin, the tuss

I hear ya. It's a shame we have to wait in limbo. I'm glad though to see that someone finally addressed this as I have been waiting all year.

Cheers, Osaga. I had to do something - every other hit on this site was someone looking for information on the album. As if I'm any kind of authority on these things!