These are my final top ten favourite films of 2009. It's a re-edited and expanded version of my provisional list posted in November.

This is part two. Check the rest of my blog for parts one and three, as and when I've written 'em. 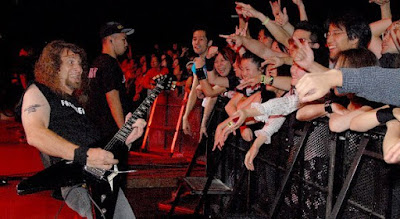 Anvil were a real band and this is a real documentary following their very real hopes and dreams.

Let me address comparisons to a certain comedy rockumentary that was funny to the level of 11. Yes, Anvil has the same kind of down-to-earth silliness, and it proves that the drudge of normal life can be frequently hilarious when small minds dream big dreams. But the comparison stops there.

Here are a bunch of guys who had their day a long time ago, but their rock dream remains alive. As we follow their triumphs and tragedies, their mentors and opportunists, you become increasingly aware this is a touching study of ageing and how normal people cope when there's so much to achieve and too little time left in which to achieve it.

For those about to watch this masterpiece, I salute you. Watch the trailer. 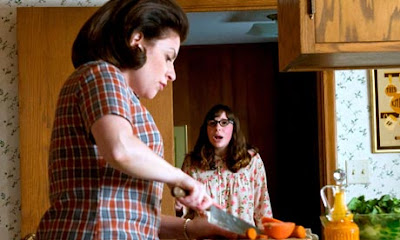 A suburban family man tries to get by. His wife wants a divorce, his brother is moving in, he has a daughter he doesn't understand, and his son is in trouble at school. So he seeks advice from three rabbis.

The Guardian called this a very un-Coen Brothers film. They are completely wrong, because this has all the Coen trademarks: slightly left-of-centre characters, Jewish jokes, small-town mentalities, lots of pot, amazing hairstyles and a script that is so tight, you couldn't stick a shekel between the pages.

The strange repetition of incidents and dialogue along with all the references to God, and the fact you have to see this twice to really get it, puts A Serious Man alongside Donnie Darko as a mysterious, symbology-laden cult classic.

Don't you want a film to love? Watch the trailer. 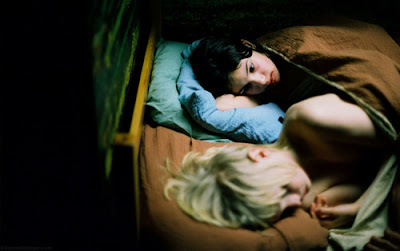 "Be me, for a little while.
Eli

I love children's films. Schoolboy befrends local girl. Schoolboy is bullied. Schoolboy and local girl chat in the snow. Local girl gets people killed so she can drink their blood, provoking the vengeance of the neighbourhood.

Let The Right One In is a thoroughly gruesome horror film where the innocence of youth is torn apart by a vampire's bloody trade in blood-drained bodies and residents torn apart in subways. And young Oskar thought he had it hard just being picked on in the playground.

It is also a delicate study of love and childhood friendship, in which Oskar and Eli need each other in a world that is frightening and confusing. And the fact that it is set in a freezing Sweden and it has some brilliantly psychopathic cats makes it Very Cool Indeed.

Who needs twilight when you can have sheer darkness? Watch the trailer. 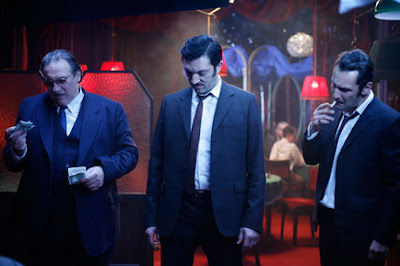 Nobody kills me until I say so."
Jacques Mesrine

This is the first part of a brace of films following Jacques Mesrine's globe-pillaging career as one of the most notorious gangsters in history.

We see the end of the film first, so we know where it's all going to finish, but the ride along the way is exhilarating. Speeding through his life, often leaping months and years to leave us filling in the gaps, we have raids and affairs and shootings and fightings and oodles of moody dialogue.

Despite the rapier editing, the film does put its brakes on for one moment during an attempted prison break. As the inmates edge towards a perimiter fence, trying to avoid the gun-sights of tower guards, the teasing tension is absolutely no clue to the massively violent and surprising twist of fortune that is about to be unleashed.

It ranks up there with Goodfellas. Watch the trailer.

This is part one. Check the rest of my blog for parts two and three, as and when I write 'em.

Them's some damn fine movies my friend. I would have put Let the Right One In a bit higher though...

Hurrah. Yeah, I suspect if I see Right One again, it'd end up further up the list.