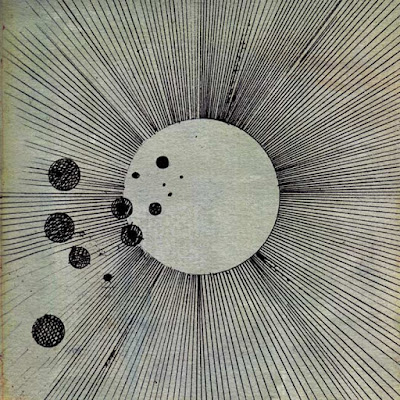 Do you remember all that cobblers in the '90s about the Aphex Twin's lucid dreaming?

If Flying Lotus hasn't spent the last two years in one massive lucid dream, I'll eat my trilby. His third album Cosmogramma sounds like every hazy memory and lazy Sunday spilled from his brain into shimmering, liquid gold.

Los Angeles, his influential 2008 album, was all about the head nods and the knob tweaking. It deep froze hip hop into crystalline instrumentals. The new album is not that. In fact, it blows his J Dilla manifesto out of the water as he looks further afield to jazz, to soul, to the weight of a musical history few artists manage to encompass in one record.

Cosmogramma seems ungrounded to the casual listener, spinning as it does from p-funk house (Do The Astral Plane) to shuffling workshop techno (Recoiled). It often jumps genres within one tune, but unlike that track-hopping scratchamentalist Prefuse 73 he plumbs emotional depths whilst snatching from different record boxes with breathtaking drive.

It's a difficult LP to hook into at first. The space jazz of Pickled confused me, and left me wondering if I was playing my mp3 at 45rpm instead of 33, while other tracks are pure lounge: Satelllliiiiiiiteee underwhelms, while Zodiac Shit is a laid-back summer afternoon.

But one you get used to the newness - free jazz and plenty and plenty of harps - the wooziness begins to lighten your head. Ravi Coltrane's tenor saxophone lends a smokiness to German Haircut and...And The World Laughs With You smothers Thom Yorke's vocals until they're musical chloroform. It's a dizzying ride.

Arkestry is the most leftfield, with mad drumming leading into moody choralwork, a dramatic edge that is only amplified by the descending melody and clockwork rhythm of MmmHmm. I can even forgive him the opening ping-pongs of a track called Table Tennis (what else?) despite dredging up the memory Enrique Iglesias' awful 'Ping Pong song'.

The deeper we fall into the spell of Cosmogramma, the more Flying Lotus' place in musical history becomes transparent.

Until now, FlyLo's great aunt, the jazz pianist Alice Coltrane came from another musical world: a different time with different ears. Until now.

The genre-busting Cosmogramma, encompassing nuyorican soul as much as hip hop, ties his history in with hers. It's that echo of the past that makes this a real producers' album, but in a very different way from 2008's Los Angeles.

Cosmogramma is a soulful kaleidoscope of genres, lending it a headiness not seen in his previous work - but its roots are deeep. FlyLo has drawn a line in the sand once again: it's time for his contemporaries to get dreaming.

I'll still be spinning this for years to come. For the moment though its still working its way under my skin for now. I can't say I love it yet because I still don't really know it.
Actually I am really loving 'do the astral plane' which to me could be like a jazzanova track or by dimitri from paris or someone. Its been in my head all day anyway.
This record sort of makes LA seem like a conventional album of rap beats in comparison.

I think it was really important for the Flyster not to replicate the beats of LA. A lot of people look to him for direction in their own production - I just never quite expected such a jump forward / sideways / backwards. I think that's what delighted me most about the album.

yeah definitely agree, I think upping the tempo was a good move also. I feel like I've only scratched the surface of this record so far though, loving that.
So anyway, did you get the cd with the foil blocked slipcase or vinyl with velum inner sleeves?
mmm velum.

I got the mp3 lovingly weaned by a milking cow and brushed with white velvet.