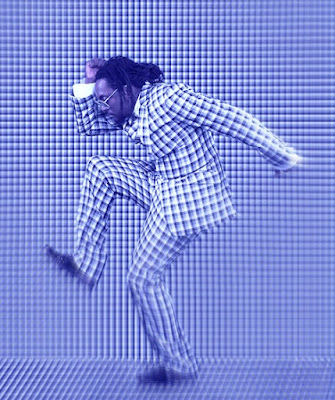 I asked you for your nominations for the worst crimes committed against dance music, from which I picked a random winner. Jon Mann gets a bunch of mp3s and this guest post on Fat Roland On Electronica...
I would like to nominate The Black Eyed Peas –….I don’t actually know the name of the track although I should probably find out what it’s called before I start. You probably know the one I’m on about already, something about a good day. It’s probably called ‘a good day’.
It’s called ‘I got a feeling’ and it’s good night not day.
O.K so I can’t say that I’ve ever sat down to listen to it but I don’t need to, it was so popular when it was released that it became part of the wallpaper that belonged to time and place. That time and place, that thankfully is now behind us.
The production is actually not that offensive, it’s a poppy, upbeat, forgettable dance track. The most compelling evidence against it is in its lyrics. I might as well have not written anything here other than the lyrics.

Here is a sample which I will now cut and paste from somewhere on interwebs.

I’m suddenly impressed at just how throwaway and thoughtless these lyrics really are.

That’s enough of that. To counteract any harmful side effects here are a few lines from Etchogon-S by Autechre

Better?
My point, if there is one, is that despite the song’s protagonist repeatedly claiming to have ‘the feeling’ the song itself is devoid of ‘the feeling’. Its only purpose is to fill a bit of space somewhere for a few minutes. Actually listening to this sort of stuff is a bit like going on a diet where you eat nothing but tile grout.
Will.i.am is very keen on his band having the right image, I read an interview with him in the Metro and he said so himself. This, I imagine is what prompted him to stop making vaguely listenable hip hop and get a sexy female singer that can piss herself at will while on stage. [Citation needed]
Dance music, electronic music are famously places where the anonymous artist can thrive, knocking out bass odysseys from a sweaty bedsit in Hackney, only emerging at night for skins and cigs from the all night garage. This is where the real shit is at. I’m not against artists having big personalities at all but for everyone’s sake please try to keep the music real and please keep the drums raw.
I suppose ‘I got a feeling’ wasn’t really designed for me. You could say ‘but it’s ok for the feeble minded to shake their limbs at’. Well yes, but we all have to suffer though don’t we? Something really needs to be done about this.
Basically we just need to play more Aphex.
Everyone, now.
This guest post was written by Jon Mann.

Haha! Yes, play more Aphex! Will 2011 be the year for some new RDJ? I'm not holding my breath unfortunately.

I got a feeling the Black Eyes Peas are the work of Satanic forces conspiring against All That Is Good In Music.

Only the second (third? fourth?) coming of Aphex can save us - yea, he will smite the hideous Pea-carbunkle from the face of Electronic Dance Music.
(Or, failing that, drop a dubious ep under a cryptic alias)