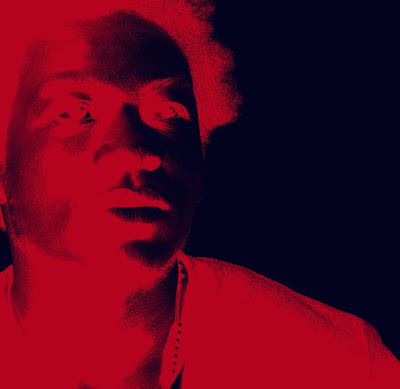 This time last year, I posted a colossal preview where I swept up every bit of electronic music I could find and shoved it into a crystal ball blog piece the size of Jupiter.

The problem with that was twofold. Firstly, there was a woeful lack of decent pre-release information, and it's not as if I have 92,000 press officers on speed dial on my phone, and so I ended up filling in the gaps with records that I would never have otherwise mentioned on my blog.

Despite that, I still ended up with endless snippets of data that had to be bashed into the shape of a blog post in such a short timeframe, which gave me my second problem: I couldn't edit or check the veracity of my facts to the standard I would normally try to achieve on this blog.

And so, despite what I may have promised on Twitter, I'm not doing an uber-preview for 2011. You'll have to stay tuned to Fat Roland On Electronica if you want to find out the latest from Surgeon, Battles, Luke Abbott, Joker, Instra:mental, Teeel, Flying Lotus, the bloke from Metronomy and, um, David Lynch.

I'm not entirely heartless, and I will allow you a wee preview. The first is happening on a radio station that I tend to assume all my readers are too mature or cultured for. Thanks to a top five album by dubstep supergroup Magnetic Man, Adegbenga 'Benga' Adejumo (pictured) and Oliver 'Skream' Jones will join the In New DJs We Trust roster. It makes me wonder what happened to Mag-Man's third leg, Artwork, but it makes Radio 1 at 9pm on every second Thursday worth listening to.

Also in January, Planet Mu (or Planet µ if you're being pedantic) will release 14 Tracks From Planet Mu, which will contain four new tracks as well as known favourites from Ikonika (her huge earworm Dckhdbtch), Floating Points and more. If you're wondering how essential this is, think heroin, think oxygen, think Santa hats at office parties. Now think of Santa inhaling heroin fumes using an oxygen tank. Yes, children, Santa's a junkie.

Finally, 2011 will be the year in which James Blake (MySpace genre listed as "dub / grime / melodramatic popular song") will release his debut album, which everyone will laud as genre-busting and experimental. Blake will steal everyone's fire this year, although if you want a truly modern Prometheus, have a look at what Danny Boyle is up to later in 2011.... google for Underworld and Frankenstein.

Nice, thanks Roland.. that 14 tracks is amazing.. and although Planet Mu haven't released it on their site yet you can already get it on itunes..

Did you ever get that Mu School album? I think it was a freebie some time last year.

nah i didnt.. just had a look, seems like its a paid for thing now.. shouldn't have slept on it!