It's time for my annual rake through the detritus of the last 12 months: my top ten list of the best electronic music albums of 2012.

I don't know if it's the seventeen recessions we've been through, but this year's list feels quite different from the previous ones. Instead of the summer-tinged likes of Mount Kimbie or the chirpiness of Plaid, these selections seem more dour. A bit miserable. So something to look forward to, then.

Still, this represents what I am convinced is the best of the best. Let's start with some runners that didn't quite make it to the final fence.

Four Tet sellotaped together some 12-inch singles to produce an album called Pink (Text), but it was too much like Mr Tet in workman mode for my liking. Despite the appearance of the godlike Jamie Lidell, and brilliant though it was, Simian Mobile Disco's Unpatterns (Witchita Recordings) didn't make it to the final list.

The psychedelic experimentalism of Juju & Jordash's Techno Primitivism (Dekmantel) was quite something to behold. Two acts turned my head this year but didn't produce albums. Still, it's worth checking out oOoOO's heroin-tinged beats on Our Loving Is Hurting Us (Tri Angle) and do grab the massively important collaboration of Hudson Mohawke and Lunice in the shape of the eponymous TNGHT (Warp x LuckyMe) EP.

The oldies were still at it. Underworld refreshed an old compilation to release the 1992-2012 Anthology (Underworldlive.com), which by default was full of brilliance, while less successful
was DJ Food's first album in over a decade: The Search Engine (Ninja Tune) was swamped with guest vocals and not much else. 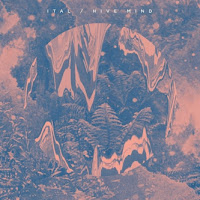 Here we have a Thrill Jockey lad (watch Mi Ami’s Dolphins: yeah, that’s him in the gloves) who has left indie-crossover to inhabit a crystalline landscape of mid-paced house grooves and perfectly-pitched ambience that should, on first listen, pitch-bend its quirky way into your brainhole and stay there for some time.

Ignore the Whitney Houston sample – that’s entertaining enough – but instead listen in awe at Hive Mind (Planet Mu)'s Israel where warm washes shoot into curious new territory at the two-thirds mark, or the moody stomp of Floridian Void that gives in to heart-breaking synth washes, or the disorientating brokenness of Privacy Settings.

There are only five tracks – three of them are ten minutes long – so if you don’t want the opening phrase of Lady Gaga’s Born This Way over Footwork-ish wrong-key disco edited in some pretty basic software (Audacity, I believe), then maybe you should peruse the rest of this top ten instead. But for me, this was Planet Mu’s shining moment of 2012. 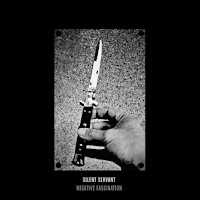 “Stasis is death. See you on the other side.” These were the final words of industrial techno label Sandwell District at the start of this year. For one of their artists, the other side happened to include a mesmerising album called Negative Fascination (Hospital Productions), produced amid economic flux as Hospital found themselves closing their lovely blood-red record shop in Manhattan.

Silent Servant offers desolate dark techno with leanings towards post-punk minimalism. It could be just another Basic Channel-soundalike, but in this world there is enchanting magic: the beautiful persistence of Temptation & Desire, the deep suspended disco of Utopian Disaster (End) and the metallic clunk (no, it’s better than it sounds, honest) of Invocation Of Lust. This servant is lonely but alluring.

Even the unforgiving android barks of The Strange Attractor, which would leave most diving for cover, offer a strange allure that gives these gaunt, DIY rhythms the space and depth to let the imagination wander. Rarely in 2012 has an album given me so little on first listen then slowly hooked its rusty claws under my skin. 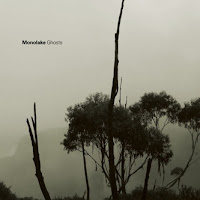 If the rasping snares of the opening title track haven’t ripped off your leg before the two minute mark of Monolake’s seventh album Ghosts (Imbalance), and the whispering industrial voices haven't sucked your weak heart from your chest, then you’ll probably survive the rest of this cold, cold, cold album.

The creaks and drips of Taku feels like you’re tiptoeing through an underground cave only to realise you’re inside a stomach, while the clinking Unstable Matter is pure horror film soundtrack. The slamming urgency of Foreign Object, cloaked as the sound of a distant choir trying to pickaxe their way out of a landslide, is so full of industrial swag, it would be best to take up the foetal position until the memory subsides.

Monolake debuts in one of my top tens because this time there is more of a solid rhythmic structure, and although it’s all rather disembodied, it gives me more to hook onto than other ‘lake offerings. A good starter for new Monolake listeners, perhaps. Insert journalistic ‘I believe in Ghosts’ ending here.