This is my count-down of the best electronic albums of 2012. Dozens of discs were whittled into a select ten that your reel-to-reel mp3 player should not be without.

Before we get stuck into the middle bit of the top ten, here are some albums that didn't make it through.

It pained me to exclude two amazing albums from this top ten. The first was Leila's between-the-eyes electro on U&I (Warp), much of it worth checking out by Orbital fans, while Lukid's Lonely At The Top (Werkdiscs) is my number 11 in a list of 10.

I reviewed several albums for Electronic's debut magazine, and the one that sticks in my head is Sterac's smooth remaster of Secret Life of Machines (100% Pure) and Last Step's deliberately dream-driven Sleep (Planet Mu) in which Venetian Snares does accessible.

Thomas Datt's punchy trance album Picking Up The Pieces (Discover) was likeable,
The Gaslamp Killer's Breakthrough (Brainfeeder) wasn't quite the breakthrough I was hoping for but still had a smoky charm.

I need to mention Dave Monolith's Welcome (Rephlex) which I listened to too late for last year's countdown (it was first mentioned here and yes, it's a masterpiece), while finally I've never quite tuned into the critically-lauded Shackleton's wavelength (Music For the Quiet Hour (Woe To The Sceptic Heart)). 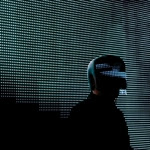 A welcome return to form from the brother of Ceephax Acid Crew. Ufabulum (Warp) may not forge new territory, but it brims with trademark chords, clipped snares and bonkers digitalism reminiscent of Go Plastic. The d’Demonstrator funk is reigned in as is the live bass, and this, uh, albulum is stronger for it. (That's now a word.)

Opening track 4001 is a hymn to hands-in-the-air IDM, a sound more evident in the first half of the long-player with much of the deformed compression saved for later in the record. In fact, his light touch is faintly comical, such as the computer game bleeps of Unreal Square, the Plone-style tunefulness of Stadium Ice and the punchy power chord theme-tune of Energy Wizard.

By the time we get to closer Ecstatic Shock, the melody is suffocated by farting bass and stop-start beats: it reminds us the machines are truly in control and we are a long way from the Squarepusher as the saviour of live electronics. Maybe he could have pushed more boundaries, but this is his best album since Ultravisitor and, whisper it, a bit of a relief. 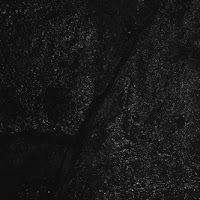 Vessel seems to have come from nowhere – well, actually, Bristol – to produce one of the surprise highlights of 2012. Not really techno, not really house, not really anything, he signed to the influential Tri Angle label to become labelmates of Balam Acab and oOoOO for his debut album.

The strength of Order of Noise (Tri Angle) is its understatement. Lache, for example, shuffles along nicely, while the slow breaths of Silten are quite lovely. But then Vessel will grab some Global Communication-style tones or Leftfield warmth from somewhere, or perhaps a simple drum fill, a suspended chord or a sub-bassline, and suddenly the simple motifs become something quite affecting.

Villane sounds like Thom Yorke in his death-throes, while I love the whooping halfstep dub of Images of Bodies. The chugging Court Of Lions is a highlight, all tick-tock disco and wafer thin ambience topped off with a late-in-the-day four-line refrain. Vessel commented on this site in 2008 that he was "trying his ass off". Taken as a whole, Order of Noise is such a complete vision and a triumph of ideas, it can be considered as one of the most effective debuts of recent times. 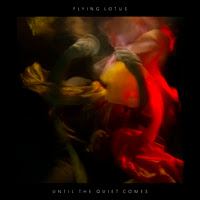 Describing the new Flying Lotus album is a bit like trying to describe the weather: we all seem to know what it looks like, what it feels like, and there are plenty of places on the internet where you can get much more information than from anything I can jab into my worn Logitech keyboard. Although I'm not sure Elijah Wood appeared in a weird amputee fantasy video to warn us about an approaching cold front (Tiny Tortures).

There was a danger with Until The Quiet Comes (Warp) that FlyLo would begin to believe his astral zodiac cosmogrammic shizzle and become as nakedly overrated as the proverbial emperor’s clothes. Think how UNKLE went. Instead, he has taken a small step away from the free jazz claustrophobia of his last work and produced a beautiful odyssey that is easier on the ears but no less fascinating.

The jazz is back as are the guest vocalists (See Thru To U), but the album really shines in the stranger corners: the playground insanity of Putty Boy Strutt, that beguiling “oh no” refrain of All The Secrets, and the African influences throughout, especially on the steel drums of Yesterday//Corded. Strange, thoughtful and delicate, and great for all weathers.