Best electronica albums of 2012: number one

What was the best electronica album of 2012? Stephen Hawking's Olympics follow-up where he sang the War of the Worlds soundtrack with Swedish House Mafia? Something the Mayans cooked up with a tub of LSD and a rack of 303s? Or is it something I'm about to spew out of my blog gob? I think you know the answer.

Firstly, let's get stuck into a final selection of also-rans.

Some of this year's best electronic moments weren't in album form. Burial and Four Tet's haunting reunion for example. The Underworld and Orbital moments at the aforementioned Olympics. Anything Chvrches did.

Back to the albums. I excluded Plug's Back On Time (Ninja Tune) from the running because it's an archive collection. Still love him though. Very much in the running was Gonjasufi's MU.ZZ.LE (Warp), which spent a lot of its time firmly lodged in my brainworm's little ears and would have been in the top ten if there hadn't been so much competition.

Albums that didn't grab me so much but are still worth your time are Shed's powerful The Killer (50 Weapons), the sprightly disco of Lindstrøm's Smalhans (Feedelity) and the beautifully organic Voices From The Lake (Prologue) from Voices From The Lake.

Time for the number one album of 2012. Except it's not a number one. It's a joint number one. Two halves, if you will. This renders this entire top ten numerically nonsensical, but I tore my wig out with this year's choices and there isn't a single one of these 11 albums I can omit from this listing. Ten? Pah. Everything is a lie. This is the whole Bobby Ewing in the shower thing again. Stop reading, switch off your computer and get some fresh air.

Still here? Okay then. Here are the number one albums of 2012. They're both Manchester artists. I assure you, this is a co-incidence... 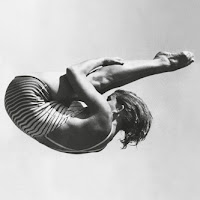 If Andy Stott had a more interesting name, he’d be Thrumming Basslord Of The Universal Spheres or Mr Monged Out In The Corner Of Sankeys Soap Chewing Himself A New Ulcer. But no, he’s called Andy and he’s operated well under this reviewer’s radar with two albums on Modern Love and a couple of deep-as-hell dub techno EPs in 2011.

It seems for this third album Luxury Problems (Modern Love), he stuck a microphone under the nose of his piano teacher – or possibly nicked her singing-into-hairbrushes tapes - and littered his record with sampled loops. Snippets of phrases are ever-present: always catchy, always heavenly, often rotating in mad gibberish.

But then there's all the stuff lower down. Opening track Numb starts off all very nicely with her layered vocals, but when the track breaks down at the two minute mark into sinister voice cymbals followed by a bass drum with such gravity it would rip the sun from the clouds, this becomes something quite astonishing. Mid-tempo snares and industrial scrapes punch through much of the haze, but this is never far from a terrifying underground thunder (listen to the rising terror of Expecting). The power. The sheer power.

It's a dub techno album that's more versatile than you think, from Lost and Found's angry rumbles and the pure sub bass of Hatch The Plan, to the comparatively brisk house of title track Luxury Problems and the junglism of Up The Box. Stott is in no rush and has the confidence to keep his ideas in check, only opening them up to the listener at exactly the right time. Luxury Problems is measured, like a movie with perfect pacing. The result is addictive.

Like many of the best albums this year, it's not just techno. It's ambient, it's industrial, it's somehow reaching beyond the chalk lines that demarcate EDM/IDM sub-cultures. It's an immersing soundtrack that speaks of the stark Manchester mills and alleys in which this album was no-doubt made. Buy it. Stream it. Be awed and afraid. If you've got Luxury Problems, I feel good for you, son. 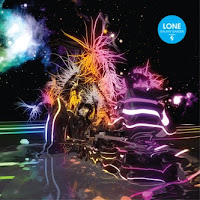 Can I review Lone's Galaxy Garden (R&S) without using the much-trodden metaphors in other reviews of strange underwater worlds and video games, each one suggested by the music's contrasts of rich fluidity and punchy simplicity? The day-glo album cover itself suggests a hyper Mario submarine adventure full of bubbles, bleeps and electric octopuses.

Lone is no stranger to this here blog. In 2009, I included Ecstacy and Friends in my albums of the year, rather bluntly calling it Goldie's Timeless without the d'n'b. In 2010, he missed out but still lured me with his lusciousness. And now, here he is at number one. Galaxy Garden is his first album for R&S, a classic Belgian techno label that has more recently become home to James Blake, Juan Atkins and Delphic, and it deserves to be listened to as a classic.

Layers and layers of super magic sparkle dust are sprinkled across the silky smooth instrumentation on this album. Elastic rave chords and acid muzak are washed in filtered chords on The Animal Pattern, while the sweet and delicate Raindance delivers choppy techno and soaking wet snares. There are waterfalls, steel drums and tabla. It couldn't be more lush if you lay naked in the dew grass in a shower of bubbles. Wait. That sounds weird. Let's move on.

Beyond the futuristic fat pads and multi-coloured vibrancy of Galaxy Garden, we also have an album of old influences. Lone has mainlined not only into the glassy hyper-charged world of Rustie, perhaps its most immediate modern comparison, but in places there is Underworld, Kevin Saunderson, early Warp and Tresor. Most notably, the gorgeous glow of tracks New Colour and Dream Girl/Sky Surfer stands as a tribute to the kings of smooth, 808 State. In-your-face gorgeous.

I had this album on 'random' recently. There was a moment as Cthulhu faded away - the fifth track on the album but late on in my listening - where I took off my headphones, pulled out a chair from the corner of the room and let the memory of the tracks echo around my head. It sounded like I was listening to my own past. All the techno I had ever loved was here. That, my friends, is some endorsement.

Further Fats: other amazing lists on Fat Roland On Electronica.

great list (including the also rans) and excellent reviews. theres a few albums i now have to go and check out, many thanks indeed.