We're into the top five of what I believe are the best electronic music albums of 2012. I've wet myself with excitement so many times, I'm having to sit on four layers of towels surrounded by a makeshift wall of mop-heads.

We're into to rock-solid (or should that be bleep-solid) classic territory here. If numbers four to two are this good, my chart-topper is liable to trigger a flood alert.

Inevitably, lots of artists didn't make the top ten. Here are some more also-rans for this year's chart.

Brian Eno's Lux (Warp) missed out on the top ten, as did another big-hitter, Clark. His Iradelphic (Warp) seemed to be Clark-by-numbers to me despite some spine-tingling moments and despite topping my chart three years ago. Shame. 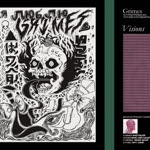 Grimes. Of course, Grimes. I played with the idea of excluding her because she might be too ‘pop’ for the EDM/IDM subculture this blog appeals to. Then I decided only an flipping idiot would exclude her, and although I am an idiot, I’m not a flipping idiot. Because, if you didn’t already know, Visions (4AD) is one of the best albums of the year in any genre.

Among the hazy layered vocals, analogue synth hooks and the light touch that keeps everything in a perfect balance, you’ll find Grimes reclaiming the orchestral stab (Oblivion), bringing back 1980s Prince beats (Colour Of Moonlight) and making a good job of a Mariah wail (Be a Body).

Ah yes. The voice, the voice, the voice. This will make or break the album for you. She’s high, she’s low, she’s delicate and she’s bluesy – almost choral on tracks like Skin. The voice is everywhere, and at its most effective, it is versatile and moving. Tied with such solid instrumentation, if this doesn’t grab you on first play, try it a dozen more times. Deserves to be on as many coffee tables as Moby (ask your grandad). 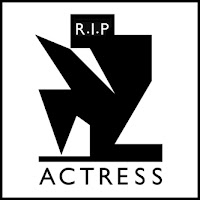 Two years after I excluded Actress’ Splazsh from my end-of-year top ten, here he is making waves in the 2012 list. And what an unexpected treat: Actress has shut his drum machine under the stairs with the hoover, instead producing a collection of loops that take their rhythm from the likes of tape hiss, broken orchestration and eerie rattles. And probably from the hoover too.

R.I.P (Honest Jon's) is a dirty affair, but he allows space for the crackles and nastiness by keeping it simple. Actress has dug down into the essence of each track, finding the trashy distortions and frequencies then ditching anything else that doesn’t fit the groove. It’s puffy, fuzzy but not fussy.

Tracks like Raven are so smothered in hiss, it takes a while to find the rhythm. Somewhere amid the hissing loops of Marble Plexus, I hear a bass drum: I almost write a letter of astonishment to the Telegraph. Serpent has a shaky Splazsh-style rhythm but it’s bedded beneath layers of strings – in the true orchestral sense – and is the best example of why there's no other album like this in 2012. R.I.P is deep, metallic and, erm, dead good. 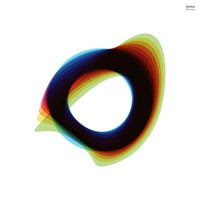 You wait eight years for a new Orbital album and one comes along at once. It is an unwritten rule of music criticism that comebacks should not work. Chinese Democracy. Free As A Bird. Dark Light*. They often give you the feeling you've been cheated. And yet Wonky (ACP) was Orbital’s best album since the mid-90s, leaving sweating fans everywhere throwing deep shapes of relief.

The throw-back moments are here, for example the Satan remix or the Belfast-style old tape loop reused for Stringy Acid, or indeed in the cut-up vocals starting One Big Moment or the skipping Distractions snares. But Orbital don't rely on these production details: instead they choose to rack up their live punch front-and-centre. New France is stadium dance music at its most euphoric, while title track Wonky is all build-up and build-up designed to wear out the soles of your disco crocs.

The two 2012 gig tickets in my pocket prove I am an Orbital junkie, so maybe I shouldn’t be placing them so high up in this top ten. But comeback albums of this quality are rare, and to top that, this album has a live anthem with as much potency as Chime and as much catchiness as Impact: album closer Where Is It Going equals their absolute best. They couldn't have done this better - and if you need one more reason for the Satan-bringers appearance in this top ten, this just so happens to be my 666th blog post on Fat Roland on Electronica. Even a top blog gives the right number etc etc...

Try some Autechre or Murcof and Oil in The Eye

Ooo, not come across Oil in the Eye before. Am listening now.

try Obscure Seasides by Oil in the Eye on bandcamp.com I have just downloaded it, kinda IDM ambient industrial electronica well trippy.

Let me know of any I should listen to.

What about Kangding Ray they are good or Monolake, will try Oil in the eye they are on LastFM i saw earlier, trying to find anything other than the overrated Warp stuff, been listening to Matmos a lot, and Telefon Tel Aviv their Farenheit fair enough album is my fav at the moment.