10 things I've been up to this past week 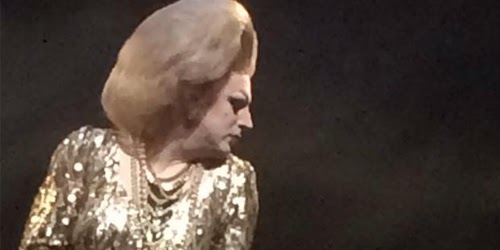 Performed at the Contact Theatre alongside Myra Dubois (pictured) and a whole host of performers and contestants in Mother's Ruin's Who's Got The Max Factor. I didn't win but I got some good laughs.

Chased a shoplifter down the street like Officer Dibble and/or something in a Quentin Tarantino movie. Well, actually, my bookseller colleague Dave and I walked down the street asking to look in his bag and then he pegged it.

Properly got into this Cashmere Cat track (Wedding Bells is out this week on LuckyMe).

Performed to a packed-out room at Write It: Mic It, in which Poleroid Theatre trawled themselves up from London to host a brilliantly entertaining evening of literary and dramatic performance,

Bought my first ever Lydia Davis book on the strength of one tweet. Who needs useless Amazon reviews, huh? I think I'm going to enjoy it. 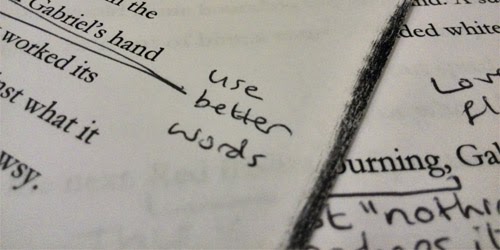 Scribbled a bunch of critique notes on my writer chums' novels (pictured). Which is the main reason why I haven't blogged for a few days.

Saw Stewart Lee do a gig in Salford. Actually, it was more than a week ago, but it's on this list because it's the best I've ever seen him. He took his ironic meta deconstruction schtick to a whole new level with a brilliant, precise and lengthy heckler put-down.

Asked a guy in a theatre dressing room what kind of thing he did on stage, having no idea whether he was a dancer, comedian, poet, singer or fire-breathing Adrian Chiles impersonator. He replied with some gravitas: "contemporary". Theatre's brills, innit.