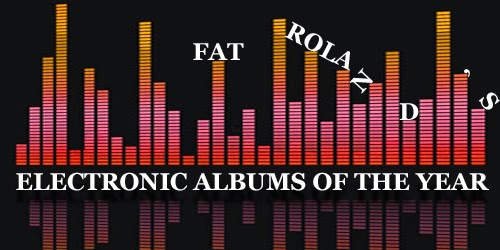 I have decided. My top ten list of the best electronic albums of 2014 is complete. I think. Yes. Yes it is.

I have missed some big names out. I have surprised myself at the ones I have kept in. It is perhaps the most miserable top ten so far (it's my sixth year of doing this), but if you like desolation, despair and the futility of life, then you're in for a thigh-slapping, grin-twinkling treat.

My stinking, bloodied top ten will drip onto your computer rather than splurge out all at once: there will be ten posts after this, from now until New Year's Eve. All you need to do to keep track of all the posts is click on this group label here.

Meanwhile, check out the previous years' lists. Several of these people had new albums in 2014. Will there be a first double number-one artist?

- Mount Kimbie winning 2010, although in retrospect I should have chosen Luke Abbott;