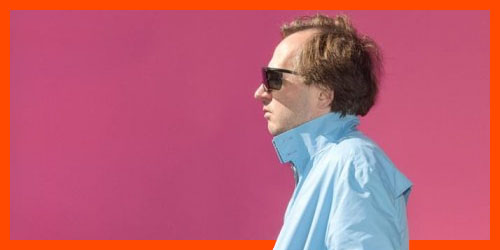 The rotted wasteland of January surrounds us, and not even our finest waterproof knickers can insulate us from the cold sludge of a British winter.

What you need is some new music to bring some soft candlelight to your endless darkness. Here are three January 2020 releases worth your attention. 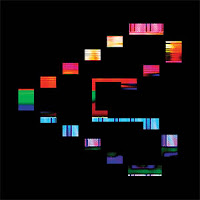 Squarepusher – Be Up A Hello (Warp Records)

In recent years, Squarepusher has,in the parlance of modern slang, "gone off on one". His Shobaleader One project turned him into a kind of bezerker Cylon. He jammed with Japanese robots and produced an ambient soundtrack with Olivia Colman, which sounds like the kind of nonsense I'd make up, but it's true.

This was all brilliant, but now ole Squiggleplops is back to more familiar territory with a studio album that follows up 2015's Damogen Furies. He's moved away from the extreme digitalism of his recent work, and has instead opted to use a bunch of old gear. I wonder how old. Maybe we're talking lutes and harpsichords and the jangle of jester bells.

Actually, I've had Be Up A Hello on repeat for a few weeks now. I would give you my opinion, but my lips are contractually sealed. For now.

Speaking of following up 2015 albums, it's nice to see the return of Dan Deacon, eccentric knob-twiddler and Sigur Ros collaborator. A long time ago, I boldly - and prematurely - declared that Dan Deacon had the best album of the year. In that blog post, I bang on about his similarity to Animal Collective, and that's a comparison that I suspect will hold up on Mystic Familiar.

With this album, he seems to be obsessed with "familiars" which are magical creatures that follow you around. That could include rats or cats or badgers or five-legged elephants or hedgehogs made of toenails or a panda reading a Thomas Pynchon novel.

If Dan Deacon was a season, he'd be summer, or maybe a late spring that feels like a summer. Which leads me on to...

Never mind all that summer nonsense. Scanning Backwards is beyond the four seasons: this is post-nuclear fallout when the skies shimmer with unearthly light. This second album of pumping Berghain techno from Berlin's Phase Fatale will please those of you that want aerobic techno shuddering with mantle-deep bass rhythms.

He's promised "brain-penetrating instrumentation", which means when you tear the cellophane off the vinyl, a bassoon leaps onto your face and jabs your forehead with a whisk.

Here are bits of two of the above albums. Happy listening.