Story: A meeting regarding new material by the electronic music producer Aphex Twin 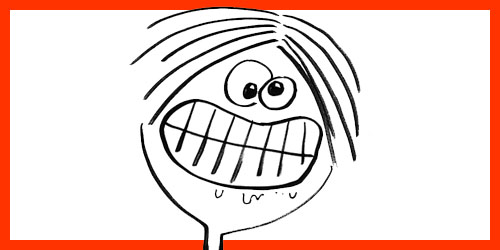 Aphex Twin slides the dead jackdaw across the table.

"New album," he mutters, pointing at the bird. "New album." He nods a 'whassup' to the suit sitting opposite.

"I don't think..." starts the suit, who hasn't even looked at the bird. 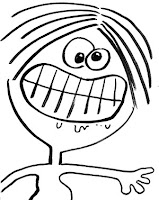 "I've been very productive," says Aphex Twin, fetching a jar of mango sauce from his pocket. He plonks it next to the jackdaw. "New EP," he says, pointing at the sauce. "New EP!"

The other suit, the lawyer, shifts in her seat. Clears her throat as she reaches for her papers. "Mr Twin," she says. "The record company contract is clear..."

Aphex Twin skitters more objects across the table. An emptied baked bean tin. A bauble. A photograph of a tree. The suits try to interject. The lawyer waves papers at him – any papers.

But it is too late. Aphex is dancing.

Aphex Twin dances on the table, shuffling in awkward circles around the objects, denting the table lacquer with the point of his umbrella.

"I am so productive," he says to no-one as the first suit pokes the jackdaw with a pen.