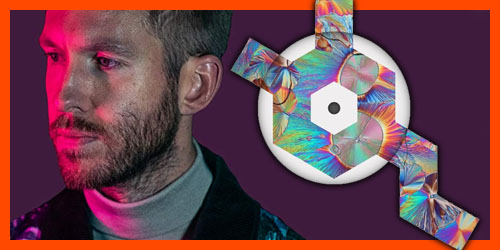 This is like One Direction relaunching as a thrash metal band. Or like The Beatles returning as a drum 'n' bass act. Or like Jive Bunny revealing that all the music was made by actual bunnies.

Last month's Love Regenerator 1 EP hit a million streams in just three days. It was apologetically clubby, summoning the spirit of acid pioneers Phuture and so much more. We're talking fat pianos, liquid breaks, choppy vocal samples and filter-tweakin' squelchy goodness. All the best of the underground 1980s and 1990s.

Like a worm with an embarrassing zit, acid house has remained defiantly underground. We've had Voodoo Ray, Josh Wink and S'Express, but all of this was a long time ago. Justin Bieber was still in Calvin Klein nappies when Higher State of Consciousness was released.

So when the biggest DJ in the universe (probably) goes acid house, this is big news. It could mean the first mainstream exposure of acid house for 25 years. Imagine the BBC News at Six being presented by a Tamagotchi. THAT'S how much of a revival this is.

Calvin Harris has a second Love Regenerator EP arriving later this week. I'm not sure we can cope with this. It's like the earth being struck with two dinosaur-destroying meteors rather than one. The shockwave of this second EP will be so ground-shaking, no-one else will make any music for months.

Harris has been previewing bits on his Instagram and I can declare that, in the parlance of modern youth, it is banging. Proper banging and no mistake, missus. I'm sorry if my street talk is alarming to you, but I am well cool.

Well, since the guitarists died, the Beatles *are* a drum 'n' bass act. Geddit????

Woah. *plans to kill off all guitarists so drum 'n' bass rules the world in an abstract way*