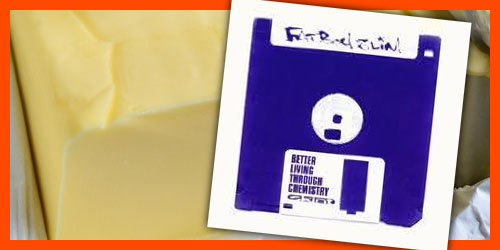 Twitter is a platform in which everyone can communicate with everyone else all of the time without any downsides whatsoever.

What follows are ten slices of shallow-fried whimsy lovingly copied-and-pasted from my Twitter account. Some if it reads as a useful self-help guide along the lines of The Power Of Now, How To Win Friends And Influence People or the Roland SH-101 Owner's Manual. Some of it reads like poetry along the lines of, er, poems and stuff.

I have given each tweet a header so you can perhaps make an index from it, like they do with proper books.

1. The food puns
Butter Living Through Chemistry. Meusli Has The Right To Children. Thymeless. Dubnobasswithmyheadman (where bass is a fish). Adventures Beyond The Ultrawurst. Endtrojuicing. Not sure where I'm going with this.

3. Thoughts post-Brexit
Don't worry, everyone, we don't need Europe. Just stay in your towns, don't go anywhere, don't meet new people and don't buy anything. We didn't have the EU around the time of the Great Plague and everything was just fine.

4. Morning reflection 1
A grey morning in Manchester. Cold raindrops fall on puddled streets like polar bears in spandex, if polar bears were tiny and made of water, also forget the spandex, that's just a distraction tbh

5. A motivation
How to have a positive day:
- smile more
- do one kind thing
- pay a compliment
- open up the portal of d'ath krondor
- eat healthy
- live in the moment
- the tentacles, the tentacles, they burn
- be a good listener
- the void shall become all, ye wastrels of earth

6. A concern
I'm slightly worried that Antifa is short for Anti Fat Roland.

7. A dream for the future
It's splitting hairs, but I'd like to hear New Order's Mr Disco covered by Electronic.

8. Morning reflection 2
It is morning. The sun comes alive in the eastern sky and says its happy greetings. Hello trees. Hello fields. Hello squirrels. Hello sun! they call and wave. In the western sky, the moon dies a horrible death. Everyone laughs.

9. A simple wish
I wish Squarepusher was called Squidpusher and all of his promo shots were of him in back alleys selling squid.

10. The bird incident
Twitter, I forgot to tell you. A low-flying goose honked at me pretty aggressively the other day, so that's pretty much 2020 written off. How's YOUR week been?

Further Fats: Squarepusher's psychedelic number - could it send him (robert) miles off course? (2009)