Electronic Sound issue 73: for the last time, please do NOT look at the ostrich 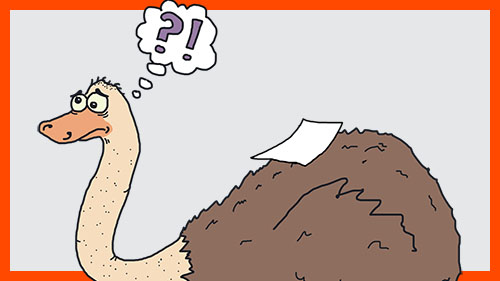 I didn't want to have to do this, but for issue 73 of Electronic Sound magazine, I go on strike. And there's my illustration of a confused ostrich. With a piece of paper on its back for some reason. Ignore the ostrich. THIS IS NOT ABOUT THE OSTRICH.

In my column, I rail against the readers and demand that they write this month's article themselves. It's been a long time coming. Stupid readers with their stupid money that pays our stupid wage. Oh. Wait. Dammit.

I'm not really on strike, of course. It's a fiction maintained for comedic effect. In the same way I spent a week after new year dressed as Mr Snuffleupagus from Sesame Street using only crepe paper and taramasalata. I wasn't the real Mr Snuffleupagus. I was maintaining a fiction.

In the same edition, you will find my reviews of the latest albums by Haroon Mirza and Jack Jelfs (something botanical about the croaking synths"), Emeka Ogboh ("bursts with life") and veteran ambient producer Tim Story ("oodles of acoustic space").

There is also stuff in issue 73 not written by me, if you can believe such a thing. Elsewhere there's an interview with Porcupine Tree's Steven Wilson, a short story by John Foxx of Ultravox fame, and a piece about Langham Research Centre and their tape manipulation exploits.
There's also a great section dedicated to limited edition record releases, including Aphex Twin's ultra-rare Analogue Bubblebath 5, a bizarrely truncated Boards Of Canada tune for Record Store Day 2013, and that one-off Wu-Tang Clan album that was bought by pill-pushing fraudster Martin Shkreli.
The design of the magazine is another triumph. Plain black text on a plain white background, like the mind control signs from They Live, only classier. Sunglasses on, folks. OBEY. CONSUME. BUY ISSUE 73 OF ELECTRONIC SOUND.
I must go. Blogger spell check is not recognising the word "Snuffleupagus" nor the word "taramasalata". I'm off to write a strongly-worded letter to Ms B Logger, who owns Blogger, about a lax attitude to Greek meze and feathered mammoths. 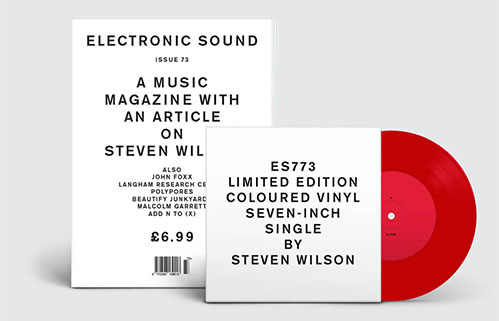