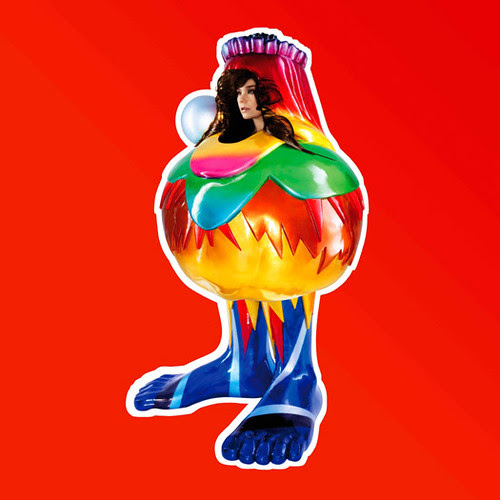 After years of fiddling with the minutae of voice manipulation and techno doo-dah-dery, Bjork (pictured) is back with what could only be described as a "choon".

That's the kind of "choon" that must, by law, be accompanied by a gurning grin and random air chops, possibly even throwing a T shape across the room to a confused but amiable grandmother.

With Timbaland on production, Bjork's Earth Intruders is the Icelandic chantause in tribal animal skin ripping apart the bones of Gary Numan's cars and spitting them out at anyone who dares come near. It's a progressive, aggressive pop song with sharp, nasty, bitey teeth, graar graar.

So Bjork is back - and how. Expect new album Volta to go stratospheric from next week and look our for her first tour since the prehistoric ages.

Also worth a lizzle through your hizzle phizzle (listen, head, phones) is the perverted Bee Gee squeal of Battles' latest single Atlas. I imagine this is the sound a startled alien would make when suddenly confronted by Stephen Hawking doing wheelies on the moon. A work of astonishing originality and definitely a Marmite moment if message boards are anything to go by.

Less blippy and more electro than previous Boom Bip, this is gorgeous intensity with a classic techno vein running through its, um, commercial heart.

The only thing, it's just a little, um, commercial.