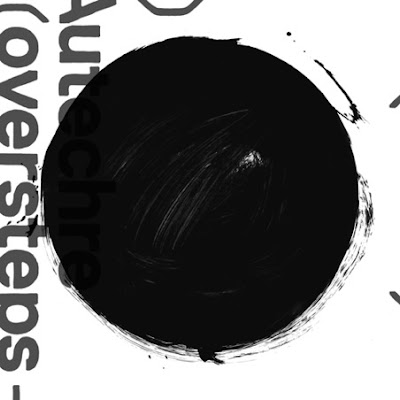 When I revealed the existence of a new Autechre album last week, it seemed like I was whistling into a black hole.

Apart from a few enthusiastic retweets on Twitter (thank you!), no other blogs took up the story; the internet kept up a nervous silence, as though it was trying not to agitate the delirious drunk in the corner.

At last, hurrah and thrice huzzah, that silence has been broken. Autechre themselves have revealed details of their new album.

After a launching a live tour, Oversteps will stride out on Warp Records on March 22nd (a day later in the States). It is their first album since Quarastice two years ago, which, if I remember rightly, had one of the last album covers drawn by Designers Republic before they shut their famous studio.

The track listing is as follows. Because the titles are as obtuse as ever, I have suggested some rhyming slang to help you commit them to memory:

See my original post last week when I revealed the (ever-so-flimsy) evidence of Autechre's new album. Oh then, of course, there was the now infamous Autechre album leak...

This is the best news Ive heard all year. Cant wait to drench my mind in there new sounds.
Piece.

I just can't believe we've still got two months to wait. Come on time! Hurry up!