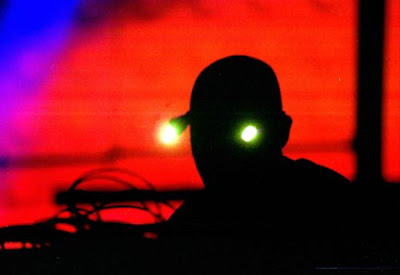 There has been a lot of Paul hate on this blog recently, what with my Awful Pauls and my Boring Pauls. Time for some sweet Paul lovin'. Hey, Paul, where's it at?


Paul Hardcastle
The original keyboard wizard (yeah, sorry Adamski) and a man that not only gifted us the stuttering Vietnam classic 19, but he also provided something for Bruno Brooks to waffle over when he wrote The Wizard. My love for Paul Hardcastle is tempered by his tragic descent later in life into an addiction to smooth jazz. Oh and his manager Simon Fuller later gave us the Spice Girls and Pop Idol. Wait. Paul Hardcastle BAD not good. Screw you, Hardcastle, you n-n-n-n-tossbag.


Les Paul
It's easy to slap the sticky Guitar Inventor label onto this man, but he also gave us a bucketful of production techniques including overdubbing, phasing and an unstoppable flood of country and western music. One of his first guitar creations was called The Log, probably after a strenuous session in the toilet, and-- oh, who am I kidding, guitars suck. I want to him because he beat all the odds (being called Les) to become a legend (a famous Les), but I can't. I just can't.


Paul Hartnoll
He's the one out of Orbital who looked like a robot slightly less than the other one out of Orbital. He captured the anti-poll tax zeitgeist, he brought in a little mining chic by using headlamps, and he popularised the dance music album. Most importantly, he's in my favouritest band ever and has more talent in his left nostril hairs than I have in my entire body. And, yes, you've guessed it, for that very reason, I hate him. I want to stick his face into a blender, stick that blender into a crusher, then stick that crusher into Ann Widdecombe's gob.


Pauls Oakenfold and van Dyk
A double Paul on account of there being two in a similar field of dance music. Paul Oakenfold was once the producer-du-jour, smearing his particularly crunchy version of power trance over clubbers everywhere (and later reality TV droids). The trance music peddled by Paul van Dyk, meanwhile, made him into the biggest DJ in the world despite having a head shaped like a comma. Between them, these two men pumped their manly way into my affections as I sweated and gurned in darkened rooms while I-- (wait, this has gone way off course. Move on to the the next one. - ed)


More Pauls
Well, I think that went well. I hope my effusion of love and peace for Pauls will drizzle throughout the blogosphere until it's all slightly damp and unusable. If you are called Paul, don't be discouraged. In fact, do. Chop your arms off so you can't make music, it's the least this world deserves.

See what you think of my Boring Pauls and my Awful Pauls too.

Thank you for your spam, Aleina.

"Tri" suggests "three", which means I will go on a triple date with your web host Midas Web Solution and your domain provider Domains By Proxy, and maybe mention you're spamming and perhaps they would like to pull your service for a breach of contractual terms.

It's not really love at first 'site' for us, is it?

Note to others - do not spam me with your useless dating websites.