Soundtrack of my life: the bones, the cones, the groans 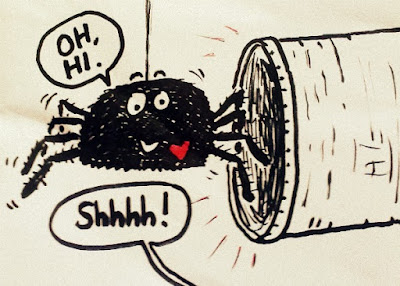 I love memes: I can't get enough of them.

There's one meme doing the rounds which asks you what your soundtrack would be if your life was a movie. I love this meme: I can't get enough of it. Here are the rules...


1. Open your library (iTunes, Winamp, Media Player, iPod, etc)
2. Put it on shuffle
3. Press play
4. For every question, type the song that's playing
5. When you go to a new question, press the next button
6. Don't lie and try to pretend you're cool...

I really love those rules. I can't get enough of them. It's even more exciting because I have a habit of recording real sounds in the real world, then uploading them to my computer using the cables that were provided with the computer when I first bought the computer.

Here are my results, spat from random soundfiles on my Atari.

Opening Credits:
A recording of I Want To Sex You Up by my three-year-old self, peppered by intermittent gasps from the nursing home residents.

Waking Up:
The 641-hour opus of found-sound I recorded when I placed a microphone inside a packet of caramel hobnobs, left it on the toilet seat then went on a four week holiday to Rhyl.

Fight Song:
The sound that cheese quietly makes at its ultimate culinary and biological peak: something akin to a satisfied "oooooh".

Breaking Up:
A six-second Homer Simpson clip I once downloaded to impress a friend and try to get into his trousers. I succeeded, and the next six seconds is the sound of me being suffocated inside a trouser leg.

Prom:
The murmering noise you make when mouthing the words as you read this blog. Don't say you don't read like that, because you do.

Mental Breakdown:
I totally love this list. I can't get enough of it. (The sound of that, a thousand times.)

Driving:
The heartbeat of a spider amplified 60,000 times through a complex system of tubing.

Flashback:
The recording I took through the thin walls of my hut whilst my neighbours were having rumpytime.

Getting Back Together:
The derisory voice of the judge sentencing me to 100 hours of community service for recording through the thin walls of my hut whilst my neighbours were having rumpytime.

Wedding:
The slow scrape of entropy I sometimes hear in the bones of friends but am too afraid to mention.

Paying the Dues:
Things I have shouted into the pointy end of traffic cones.

The Night Before The War:
The distant echoes of long-dead kitchen maids calling from inside my oven.

Final Battle:
Something by Bon Jovi. Don't know the title but it sounds quite manly.

Moment of Triumph:
A one-second sample which sounds like 'plink', although it's a bit more of a 'ding' with less of a tail-off at the end. Think of the noise your brain makes when you think of a good idea, then mix it with the sound you make when you stub your metal-capped Doc Martins against the kettle when you're playing ticky-off-the-ground in your grandmother's kitchen when she's too busy out back smoking meth. Yeah. That kind of sound.

Death Scene:
The applause I hear in my head every time I ever say anything to anyone.

Funeral Song:
A cover version of Your Woman by White Town performed by beating differently-sized towels with the butt of my loaded shotgun.

End Credits:
A Spanish version of me, a bit like Buzz Lightyear in Toy Story 3, but instead of neat soundbytes, I'm all OMG i'm in spain LOL tanned to the max LMAO i'm such a hombre genial xxxxx ole! :D. Followed by the sound of me crying hard at my inadequacies until the end of time.

You do realise you've just killed memes stone dead in the bum, don't you, you silly brilliant twazmuppet genius?

Well, if you're not going to take this seriously, I'm off to eat the few remaining hobnobs that have fallen into the toilet bowl.

This is nothing short of genius! Iam very happy and read it with a stupid smile on my face!

*note, 'applause' in the 'death scene' bit is missing its 'L', damn it, I'm pedantic, please shoot me now with the shot gun you used to beat towels with!

No, 'appause' is right. It's the sound that cats make when they clap. It's common knowledge, and it's not my fault your grammar is defective. Ahem.

*tip-toes onto the blog and subtly corrects the stupid mistake, tip-toes away quietly trying to avoid any creaky floorboards*

Wait a minute. Are you being sarcastic?

I don't think you've taken this meme thingy seriously. Shame on you.

Heh. I should point out it's not a comment on your post. Just... well... if I did a real version, it will be full of wedding music like Kool & The Gang, Gloria Gaynor and Ricky Martin.

All of the above is an anagram of Gloria Gaynor & The Kool Ricky Martin Gang.............who happen to be an underground hip hop crew, Booyah! honest!

Yeah. I remember Sound Of Da Police by GG&TKRMG-One.

notice the meme's idea of a conventional life sequence. it's clear that all the answers are meant to be westlife tracks.