A Full On Guide to Full On: Lionrock's Lionrock and Little Rascal's Movin' To The Beat 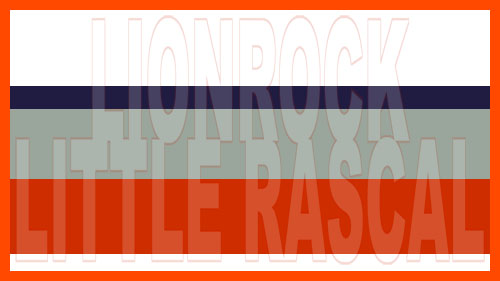 After a bit of Italian and Spanish flavour, the next two tracks on Full On bring us to Northern England.

Track four is Lionrock by Lionrock, or Lion Rock as they are also listed. Is the emphasis on the Lion or on the Rock? Who knows.

It's another early progressive house classic. Justin 'Lionrock' Robertson worked in Manchester's Eastern Bloc Records and built up a neat line in banging four-to-the-floor tunes. Get your ears around this:

What's most interesting about Robertson is how his music went on to progress throughout the decade. 1993's Packet Of Peace was notable not only for its acidic lines, but for its conscious-style rap from MC Buzz B. (Not an actual bee.)

By 1995, he was pumping out breakbeats in the form of Straight At Yer Head, and in 1996 he blessed us all with his brilliant Sherlock Holmes-themed big beat album An Instinct For Detection. Oh how this Mancunian trilled at the Manchester-themed track titles: Snapshot On Pollard Street; Wilmslow Road. If memory serves me correctly, he was living in Withington at the time.

His inclusion on 1992's Full On album cements Manchester's reputation as a far-flung Balearic isle: shake those maracas, Bez.

The next track on Full On keeps us in Northern England. Little Rascal's Movin' To The Beat is a lively piano house track with a dollop of Newcastle attitude. I'm pretty sure this would have stormed the Northern clubs back in the day. It's insanely happy:

The Little Rascal himself is label owner Chris Scott, who has electronic music projects coming out of his ears. He's a member of Lexicon Avenue and Echomen, and scanning his list of remixing and production credits, you can spot names like Darren Emerson and John Digweed. This is a bloke hard-wired into club culture.

I know very little about Newcastle. The only time I have been in the North East, at least as an adult, was a visit to a single pub in which a guitarist was playing Jimmy Nail's Crocodile Shoes.

Do you know what I like about this album already? There's something gratifying about a club sound that can slip so easily from Northern Italy to North-East England. It's deliciously European and delightfully unifying.

Speaking of careers progressing throughout the 1990s, the next progressive house track on Full On – Edition One features someone responsible for one of the most memorable top ten hits of the decade. Think blue...

Email ThisBlogThis!Share to TwitterShare to FacebookShare to Pinterest
Read more on: full on guide to full on, lionrock, little rascal