Blog-rolling back the years: my 2010 writing awards 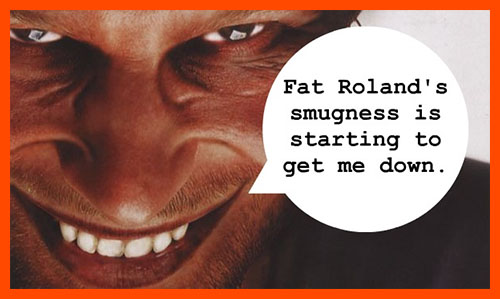 It's a full decade since I won the Manchester Blog Awards, the world's most prestigious accolade after the Booker Prize, the Nobel Prize and the Darwin Award.

The story goes like this. I gave up my telly to allow more time on this blog. Better writing, a more frequent posting schedule, a few design bells and whistles. Less than a year later, I won at the blog awards. The resulting networking, fizzed with euphoria, cemented a bunch of new friendships that led me into a life of writing and performance. The win was a big kick up my ego's bum.

I won the category of Best Writing and then jointly-won the overall Best In Show prize (shout out to my co-winner Love Levenshulme). I was an extremely happy puppy. According to this account of my win ten years ago, in my acceptance speeches I apologised to James Blunt and namechecked Venetian Snares.

On the back of that night, I ended up prancing around Manchester's spoken word open mic scene with increasingly ambitious and silly props. This led to three Edinburgh Fringe shows and a crazily fun theatre commission from the Lowry Theatre. I produced two collections of my own short stories, and co-edited a third with a bunch of writing friends. I ended up hosting a leading spoken word night and, ultimately, the wacky world of literature events became my main source of income.

I'll forever be grateful for my blog awards win: I cannot overstate how much confidence it gave me, almost as if I needed that permission to take my creativity seriously. I'm also grateful to Caribou's Sun for being the anthem for my drunken celebrations that night. Listen to the radio edit of Sun below.

Here I am a full ten years later, and life couldn't be more different in a Covid-curtailed 2020. I've spent seven months cancelling literature events and spending an awful amount of time not seeing those friends who'd made the last decade so amazing. No shows, no silliness, no props. Just me sitting in a dark room writing this, my 1,394th blog post, reminiscing about the good old days when men were men, sheep were sheep, and blogs had readers.

I'm not sad, though. The elapsed time means nothing because the feelings are still so immediate in my mind: the announcement shocking me so much it felt like an arrow to the forehead, walking up to the stage in slow motion while trying not to fall over, the awkwardness of the unprepared speech, and that woozy drunken glow for a long time afterwards. And a whole decade of amazing collaborations and friendships. Proper grand.

Email ThisBlogThis!Share to TwitterShare to FacebookShare to Pinterest
Read more on: caribou