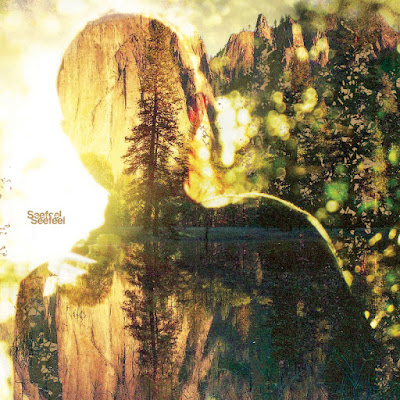 It's not sepia: it's beige. When you look back on the past, you're looking through beige-tinted glasses. Don't go romanticising it.

A clutch of recent and upcoming releases offer several shades of light brown for those with nostalgia in mind. Let's start with The Orb, who have teamed up with 90s uber-producer Youth to put out a retrospective of the acid house label WAU! Mr Modo, called Impossible Oddities.

You may think you've never heard of WAU! Mr Modo, but you surely do remember their biggest hits Zoe's Sunshine On A Rainy Day and The Orb's Little Fluffy Clouds. Both tracks are here, albeit re-jigged. I'm more excited by the Orb's remix of Sun Electric from back in the days when an Orb remix was always called an 'Orbital mix', thereby confusing them with the famous but unconnected head-lamped techno duo that brought us Satan.

Also, ambient sandal-gazers Seefeel are to release their first album in 14 years (artwork pictured). The band was relaunched by their original pair of guitarists a couple of years ago and, after releasing the summer-crackled Faults EP (the title track is lovely) in September, they have slated an eponymous long-player for a February 2011 release on Warp Records.

And there's more. Hardfloor are back, this time with their eighth studio LP. Two Guys Three Boxes (the boxes referring to their beloved acid-making machines and not record boxes) will be out on bonfire night. And finally, we are moments from the launch of the Small Craft On A Milk Sea, Brian Eno's album on Warp Records and, for many, the most anticipated release of the year. Eno's album will be out on November 15th and you can listen to bits of it here.

The old school is very much alive, well, and unashamedly beige.

as Youth was co-creator of 'Little Fluffy Clouds' then you could arugue he was actually part of The Orb (or at least one of many nebulous incarnations).

Yes, they were always a huge pulsating amorphous globule, where their producer(s) tended to be regarded as their group members.