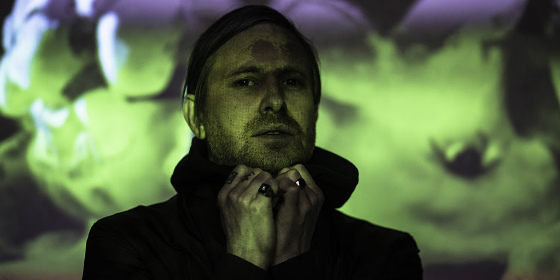 Blanck Mass's sound is so fatty, it's like sonic lard. You can feel it slithering down your ears, gloop after gloop, until it solidifies inside you. Look at it fester. It's beginning to writhe. Are those maggots or earworms?

All these are good things, by the way.

Benjamin John Power's Blanck Mass is about to cook up a new album called World Eater, and if the calories are as high as their last work Dumb Flesh (album of the year 2015), then give me a napkin and a spoon - I'm going in.

Have a taste of their first video from World Eater, seven minutes of angry ambience called Please. Did I do the eating metaphor right? Did I do well? Dammit, this has made me hungry.

Further Fats: Fake plastic CDs and eating too much cheese before writing a blog post (2008)